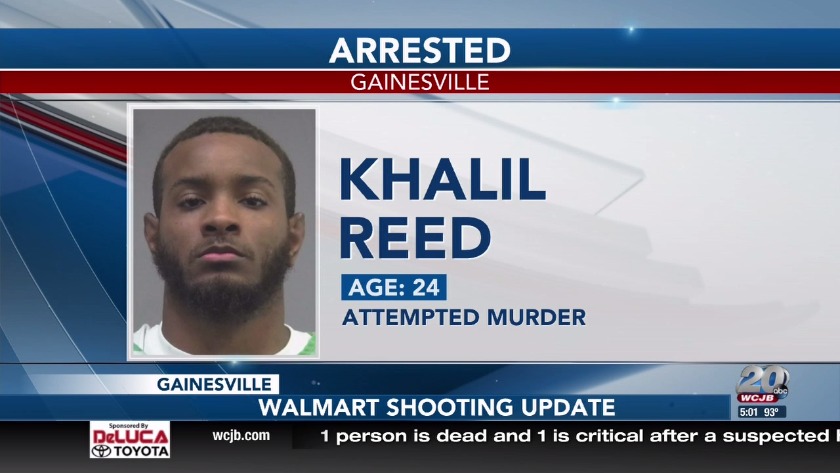 GPD: Walmart shooter turns himself in; charged with attempted murder 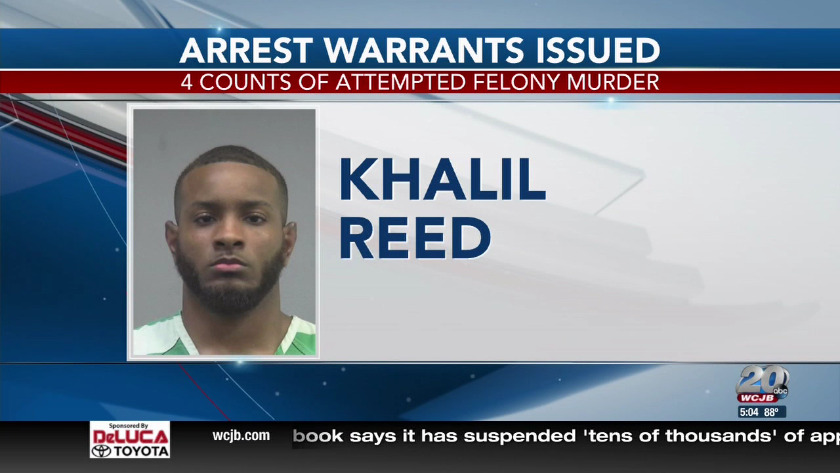 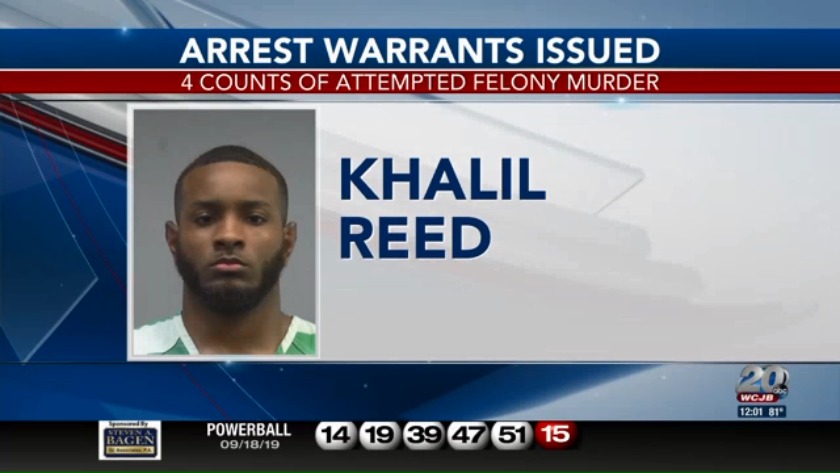 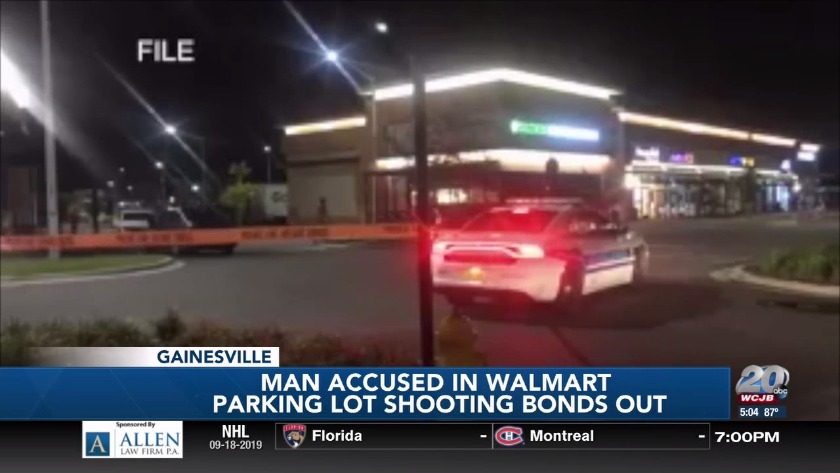 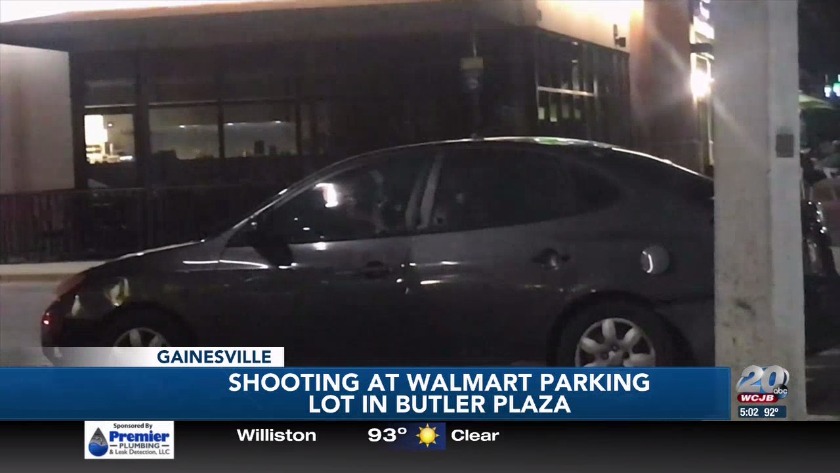 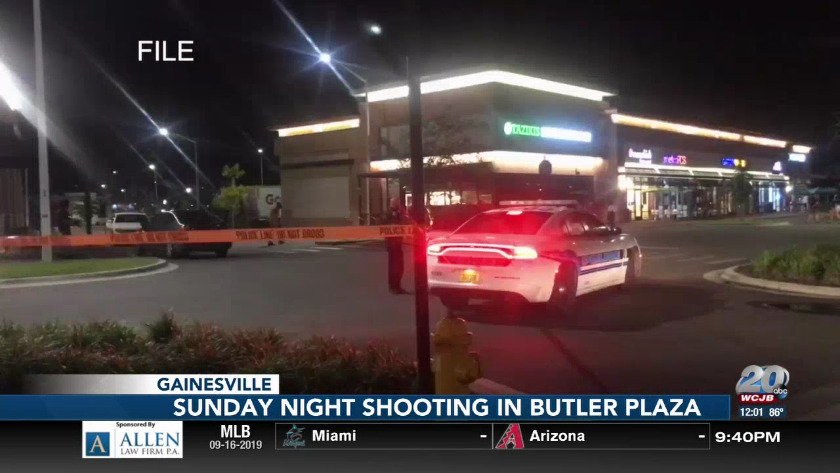 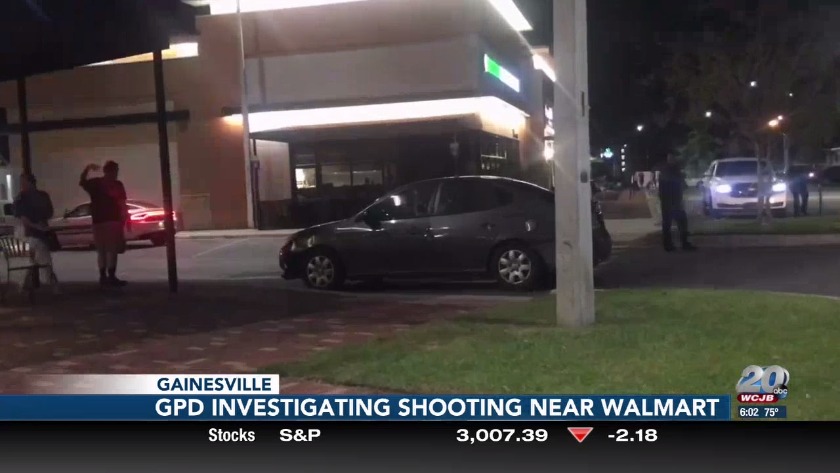 POLICE: 3 injured after shooting at a Gainesville Walmart 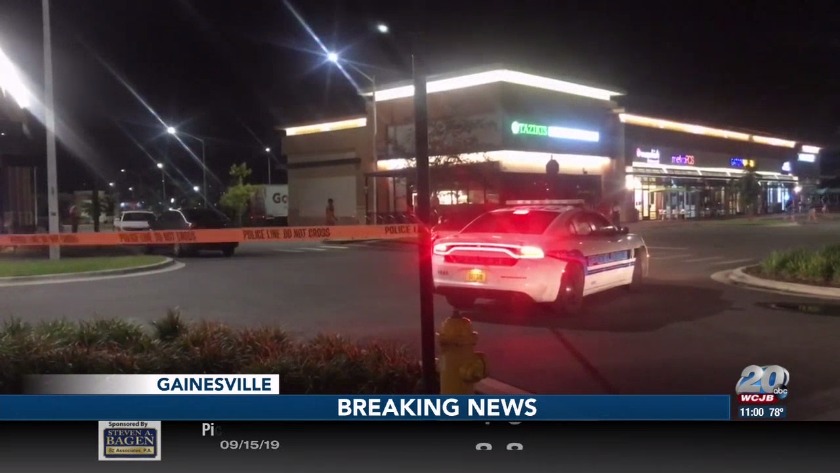 Gainesville shooting at a Walmart

GAINESVILLE, Fla. (WCJB) — Police found another man they say was involved in a shooting outside the Walmart in Butler Plaza.

Robert Duthill was arrested in Levy County on unrelated charges.

Gainesville Police say was involved in a plan with Patrick Abbott and Austin Fletcher to steal Khalil Reed's drugs.

The plan went south when Reed fired into the parking lot at the would-be robbers.

Police say the three were wounded.

Abbott is charged with armed robbery and is being held on a $150,000 bond.

According to a sworn complaint, Abbott was identified as the driver in a plan with Robert Duthill and Austin Fletcher to rob Khalil Reed's drugs.

During the meetup, Duthill entered Reed's car pretending to make a deal. Fletcher then ambushed Reed on his driver's side with a gun, ordering him to give up his drugs.

Duthill grabbed the drugs, a book, and some of Reed's UF course paperwork and ran out of his car. That's when Reed got out and fired approximately 15 shots at the three men. The complaint identified Duthill, Fletcher and Abbott as the three victims injured.

Abbott was charged with robbery with firearm and was booked at the Alachua County Jail with bond set at $150,000.

UPDATE: 09/30/2019
Gainesville Police said that UF Student Khalil Reed turned himself in Monday morning for his involvement in the parking lot shooting at the Walmart in Butler Plaza that left three injured on September 15.

Reed was initially arrested after the shooting for Possession of Cannabis with Intent to Distribute but posted his $30,000 bond.

He is now charged with four counts of felony attempted murder and was booked at the Alachua County Jail with bond set at $1 million.

UPDATE: 09/20/2019
The Gainesville Police Department now has four arrest warrants after a shooting in the parking lot of the Walmart in Butler Plaza left three people injured on September 15, 2019.

19-year-old Robert Duthill Jr, 20-year-old Patrick James Abbott and 20-year-old Austin Reed Fletcher each have a warrant for Robbery with a Firearm or Deadly Weapon. Of the three, Fletcher is the only one currently in custody, after turning himself in on Thursday, September 19. Abbott's location, however, is known to police.

24-year-old Kahlil Reed was arrested after the shooting for Possession of Cannabis with Intent to Distribute but made his $30,000 bond the next day. He is now also charged with four counts of attempted felony murder.

"We had to ensure that there was no plausible self-defense claims to ensure that someone who is in possession of a firearm and is defending themselves isn't getting charged with that act," Gainesville Police Department Chief Inspector Jorge Campos said.

GPD asks that any with information about Reed or Duthill's locations contact their local law enforcement agency or call Alachua County Crime Stoppers at (352) 372-STOP to remain anonymous.

The UF student arrested in Sunday night's shooting outside a Walmart is out of jail.

Four men met with the suspect, 24-year-old Khalil Reed, in front of Walmart in the parking lot to buy more than two pounds of marijuana, detectives said.

That's when Reed fired shots into the victim's car.

Reed was charged with possession of marijuana and is pleading not guilty.

A University of Florida student is in jail-- accused of firing shots in a Walmart parking lot last night.

According to Gainesville police, a drug deal turned into a shooting at Butler Plaza in the Walmart parking lot.

"It occurred in the Walmart parking lot in Butler Plaza, a very dangerous situation multiple people in that parking lot," said Campos.

Officers found a 20-year-old man near Jersey Mikes who had been shot several times.

Detectives say so far their investigation reveals that four men met with the suspect, 24-year-old Khalil Reed in front of Walmart in the parking lot to purchase more than two pounds of marijuana, and that's when Reed fired shots into the victim's car.

"I just know its a lot of commotion out here and where I got out here the forensics trucks were here. I saw the car with gunshots in it in front of Jersey Mike," said one bystander at the scene.

"For our community and our society if you see something say something to report it to law enforcement so that we can look into it to determine if it is an actual threat that needs to be addressed immediately," said Campos.

The investigation remains active as detectives are working to locate and interview witnesses.

Gainesville police have arrested UF student Khalil Reed, 24, after the shooting near a Gainesville Walmart in Butler Plaza.

Police say Reed met with four men in a Walmart parking lot to sell them cannabis. Reed parked in front of the store to make the deal then they stole Reed's cannabis. Reed fired multiple shots into a crowded parking lot, shooting and injuring three people.

When police arrived, they contacted a 20-year-old white male with several gunshot wounds.
Police say the car the male arrived in had several bullet holes on the driver's side. This person was taken to the hospital along with two other victims.

According to the police report, the witness/witnesses was/were contacted during the investigation and the stolen cannabis was recovered. The cannabis was vacuumed packed in two heat-sealed bags and weighed about two pounds.

Reed has been charged for possession of marijuana with intent to sell and his bond has not been set.

The police report does not say whether Reed was charged with the shooting.

GPD has limited information they can share at this time, as they are actively investigating.

Detectives are continuing their investigation and are asking anyone with information to contact Detective John Pandak at 352-393-7663.

Videos at the scene show heavy police presence and forensic trucks outside of the Jersey Mikes nearby.

There appear to be bullet holes in a car parked in a nearby parking lot.

This is an active investigation. We will continue to update as we receive more information.

Man arrested in Gainesville after trying to drive through crowd of protestors, threatening them with a gun

Protestors block a moving red truck during protest in Tallahassee

Man arrested in Gainesville after trying to drive through crowd of protestors, threatening them with a gun

Protestors block a moving red truck during protest in Tallahassee