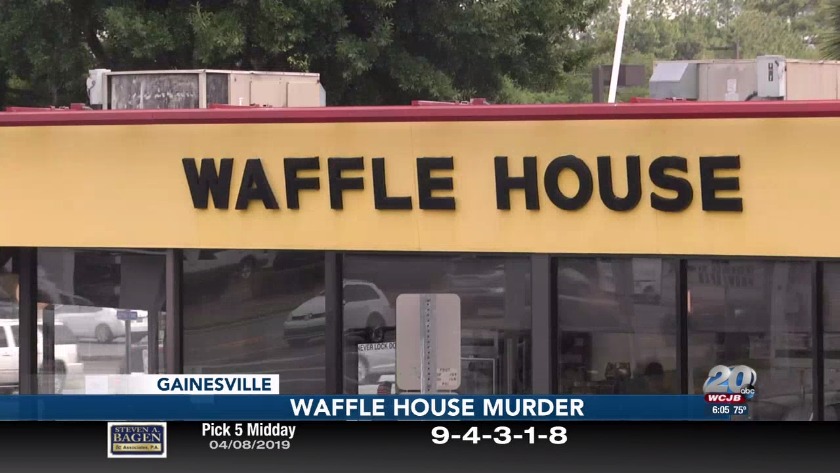 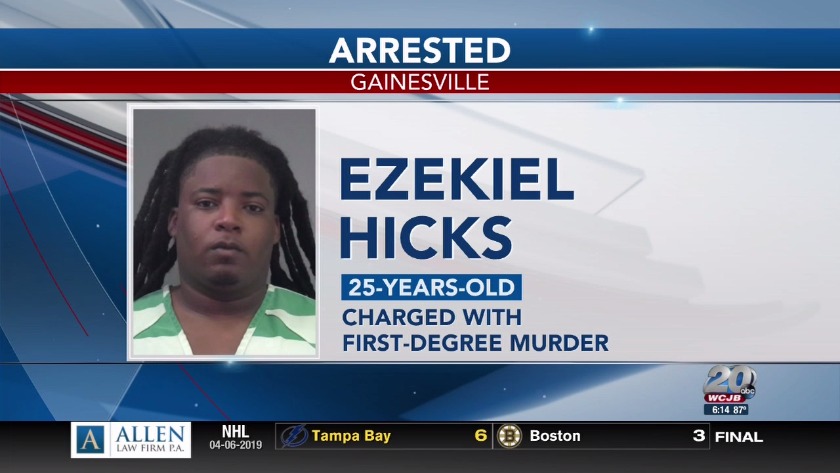 Man arrested for murder after a shooting on W. Newberry Road

ALACHUA COUNTY, Fla. (WCJB)-- UPDATE: New recordings of 9-1-1 calls from the scene have been released by the Alachua County Sheriff's Office, as investigators continue to search for a motive.

In one recording, the caller can be heard saying, "A dude in a big shirt, a really big dude in a green shirt came in, shot some dude in the head and ran away."

Surveillance video from inside the restaurant that captured the incident has been delivered to the state attorney's office, which is holding the video as evidence.

ASO Spokesman Lt. Brett Rhodenizer said there were a number of groups at businesses along Newberry Rd. at the time, some from a concert that had just taken place in Newberry.

"We had several large groups up and down Newberry Road that evening," Rhodenizer said. "And this group of folks were still there in the Waffle House, refusing to leave, and ultimately that's when the altercation ensued."

According Sheriff's deputies, they got a call from employees at the restaurant about a fight, and while responding, things escalated into a shooting.

Deputies say that it appears that the suspect, 25-year-old Ezekiel Hicks, and the victim, 41-year-old Craig Brewer, had gotten into some kind of argument. Hicks had gone out to his car, retrieved a handgun, and returned to the store. At least one bystander had tried to keep Hicks from going back in, however, Hicks persisted, and a he and Brewer fought near the entrance. According to the report, Hicks then pulled the gun out of his pants and shot Brewer in the head, killing him.

Deputies say that the entire scene was caught on surveillance video, which is now evidence in the murder case.

Deputies arrived shortly after the shooting arresting Hicks and recovering the handgun.

ASO asks that any witnesses with additional information about what happened leading up to the shooting call the Criminal Investigations Division at (352) 367-4170.

Hicks is being held at the Alachua County Jail, no bond has been set. He is charged with first-degree murder and not having a license to carry a concealed firearm.