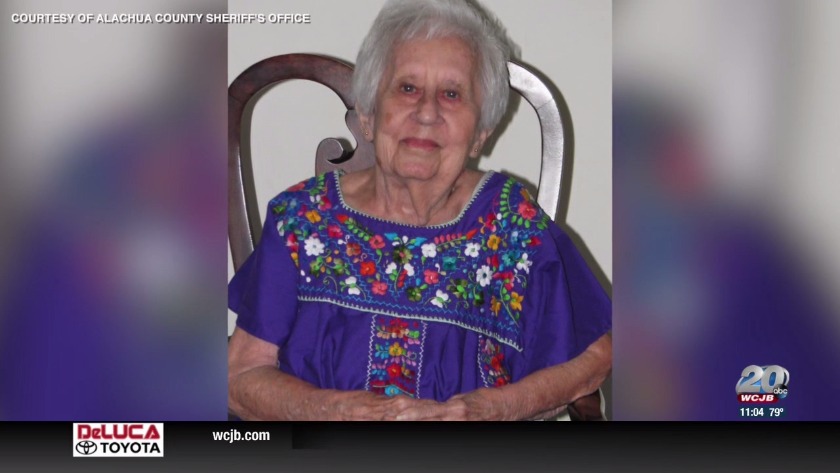 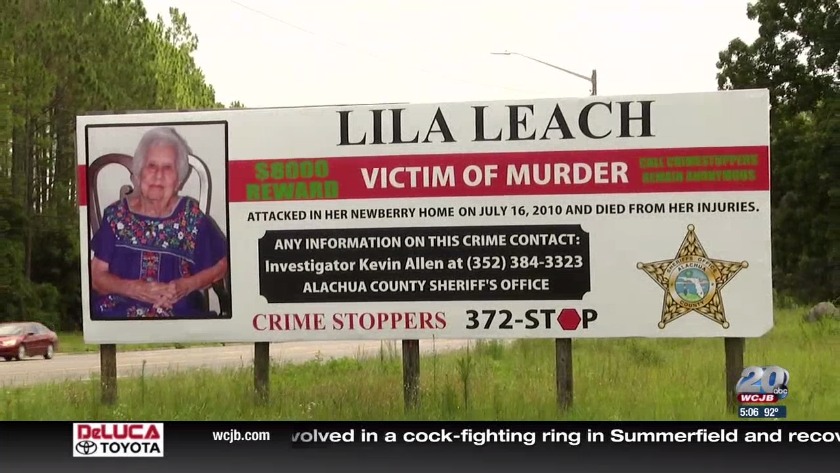 NEWBERRY, Fla. (WCJB)-- Lila Leach, 96, of Newberry was severely beaten in her home in Newberry which led to her death nine years ago on July 16.

More than a year after the DNA evidence there is still no arrest.

“We have stood here and we have recognized year one, year two, year three, all the way up to year nine,” said Karen Black, Leach’s granddaughter. “I will tell you that I hope that we don't have to have one more recognition until the day they come and tell us that this is solved and we can stand before you at this billboard and tell you that this crime is solved."

Leach was severely beaten during a home invasion and Leach's daughter, Elaine May, said she was shocked when she heard how her mother died.

“I was shocked to think that could happen in Newberry and on a quiet little street and to a little old lady who had difficulty even getting up out the chair,” May said.

May said she thinks about her mother's death every day.

“It's interesting I've had friends that say ‘Well, you need to move on,’” May said. “You do move on to an extent but an attack like this on a family member where the member dies, you never get over it."

Last year in March, ASO deputies gathered DNA evidence from Leach's home to narrow the search to at least one male suspect.

Deputies are working to link the DNA to a specific person and bring closure to the case.

“If this person can do it to a 96-year-old—a lady that really couldn't defend herself— there's no telling where they would stop at,” said Art Forgey, Alachua County Sheriff’s Office Spokesperson. “There wasn't a lot in the home. There wasn't a lot there to gain and to senselessly beat an elderly woman like that is just tragic."

There is an $8,000 reward for any information on who the suspect is.