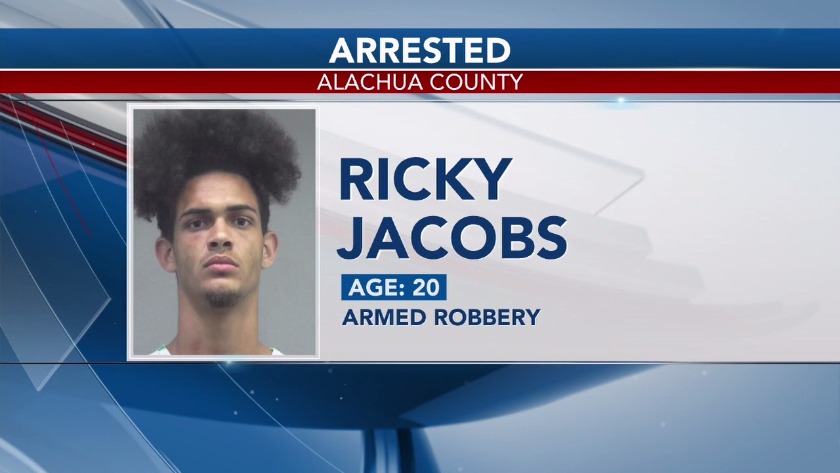 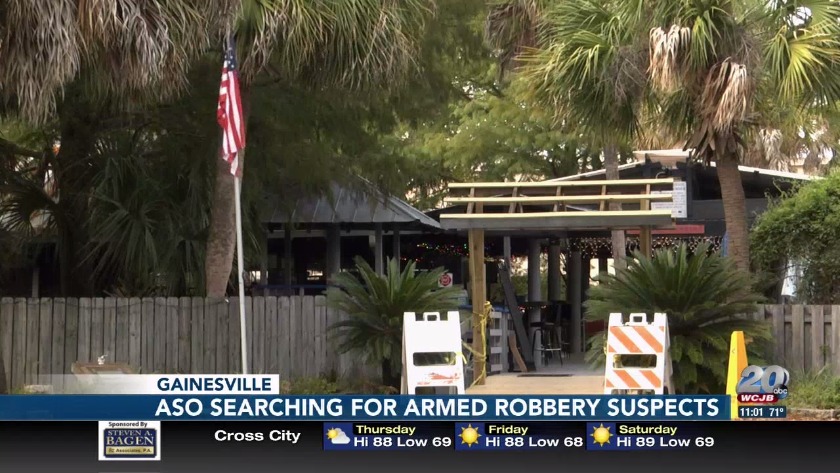 An arrest has been made in the armed robbery at the Fraternal Order of Eagles Thursday morning in Gainesville.

Witnesses say they saw two people matching the description of the robbers get into a white SUV after the robbery.

Alachua County deputies were able to stop the vehicle and perform a search and found a handgun that was fired during the robbery, as well as cash and liquor that had been stolen.

One suspect, Ricky Jacobs, was arrested. Deputies are still looking for the second suspect.

ASO received a call from the Fraternal Order of Eagles in Gainesville around 10 a.m.

Deputies set up a perimeter in the area, but were not able to locate the suspects.

“At this time, we’re still sorting out what they made away with. We still have detectives that are working that, that are interviewing both witnesses and suspects, and still trying to get video from both the scene and surrounding businesses,” said ASO Public Information Officer Art Forgey.

Anyone with information is asked to call police.