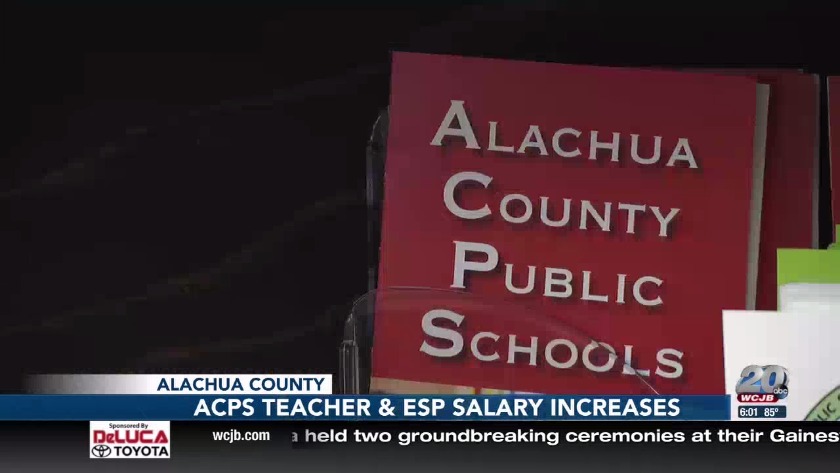 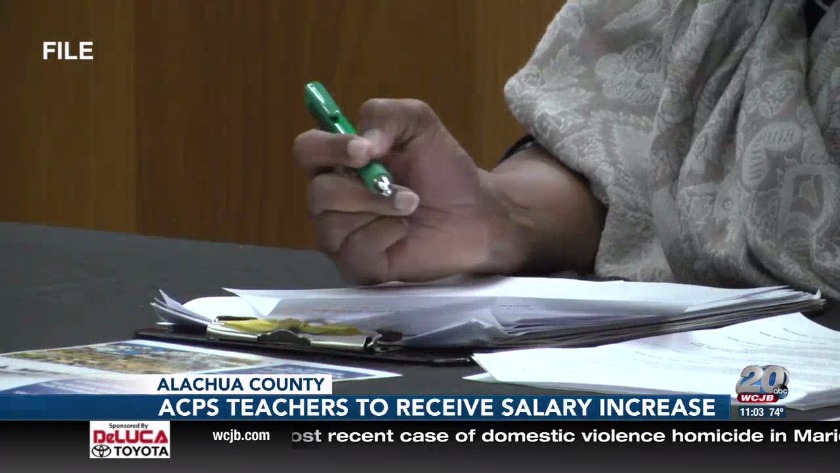 The Alachua County Public School district and the Alachua County Education Association have reached a tentative deal to increase salaries for teachers and educational support professionals.

"We came to the table with a 5% increase for teachers that was our first ask and a $1.50 increase for our ESP's," said Carmen Ward, president of Alachua County Education Association.

But instead, the union settled for an increase of about 2%, in addition to the annual increases based on experience and performance.

"What this will do for teachers we're going to be looking at a total increase of about 3.5% that's a 2% across the board and then another 1.5% which is based on step increases. Step increases are pretty much an automatic pay increase that almost all of our teachers receive," said Jackie Johnson, spokesperson for Alachua County Public Schools.

And then there's health care.

"Not many districts cover the entire cost of health insurance for their employees that's about $7000 a year per employee and that includes half time employees as well and that's a pretty significant benefit and a lot of money that doesn't have to come out of the employees' paycheck," said Johnson.

Johnson says there has also been an additional $300,000 set aside for teacher bonuses.

Last week Governor Ron DeSantis announced a proposal that will increase minimum salaries for new teachers in the state of Florida.

But both Johnson and Ward feel that the proposal doesn't appear to be a fair one.

"This proposal while it will increase the minimum for incoming teachers or really doesn't address those teachers that we already have here and could create some problems an almost certainly will because you'll brand new teachers in Florida, brand new teachers to the profession who could be making as much as teachers who have been working for years," said Johnson.

"It leaves out our whole educational team that provides for students success like we do need bus drivers and our paraprofessionals that work individually with students and guidance counselors, media specialist," said Ward.

Members of the ACEA still have to ratify the agreement. However, Johnson says the district is confident in the deal.

Salaries will increase by about 2%, in addition to the annual increases based on experience and performance.

This is a tentative deal worked out by the school district and Teachers Union.

Additional pay increases will also be given to those who take on other activities.

The agreement represents a boost in teacher pay of about 9% over the last two years.

Members of the Teachers Union still need to ratify the agreement.