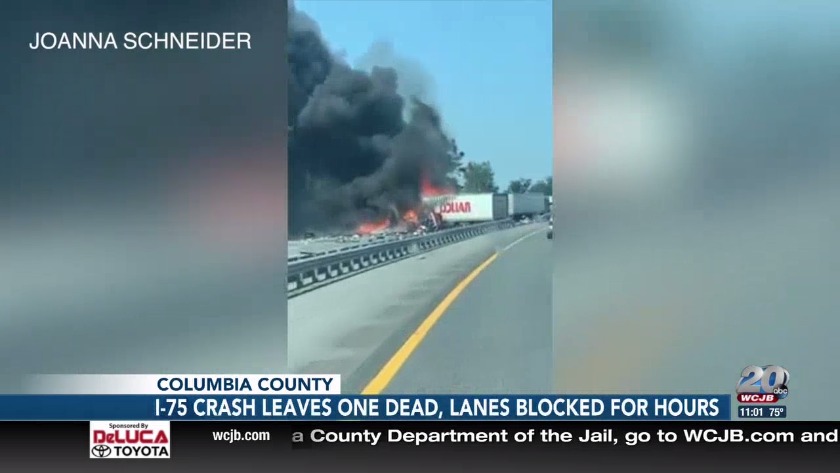 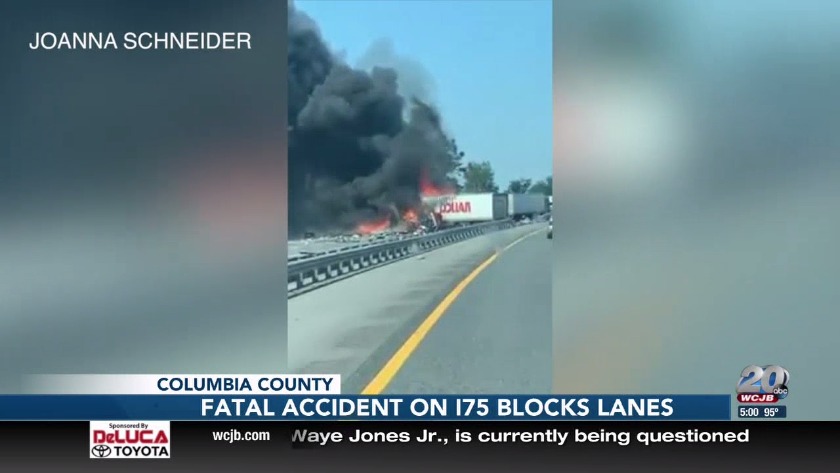 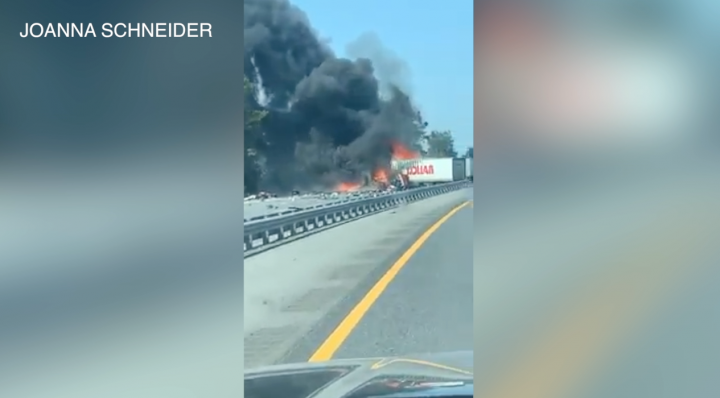 The Florida Highway Patrol has investigated a deadly accident on I-75 Southbound by mile marker 414.

"There's a lot of road damage because the vehicles burned, it's going to be something the Department of Transportation has to evaluate," Riordan said.

Two tractor-trailers were heading north on I-75 when one of the trailer’s front tires burst, the FHP release said.

This caused the driver to veer and hit the second tractor-trailer in the lane next to it, the FHP release said. Then both tractor-trailers veered into the center guardrail.

Both of these tractor-trailers caught on fire.

Meanwhile, the first tractor-trailer jackknifed across the southbound lanes.

A fourth car approaching the collisions struck a tree off the road trying to avoid them, the FHP release said. Later, the fire had spread over the crash site.

FHP officials confirmed that one person had died.

Another driver suffered serious injuries and was taken to UF Health.

"Once they give us the green light that the roads [are] okay to be opened back up, we are going to open it up," Riordan said. "We certainly don't like to keep the road closed any longer than we have to but you can see we've got a big scene here, very large, a lot of debris, a lot of damage, so we are going to be here for a while."

According to the report, all southbound lanes were blocked as was the left northbound blocked. Crews have since cleared the roads.

In a video a viewer sent TV20, you can see a fiery crash with two semis on the road.