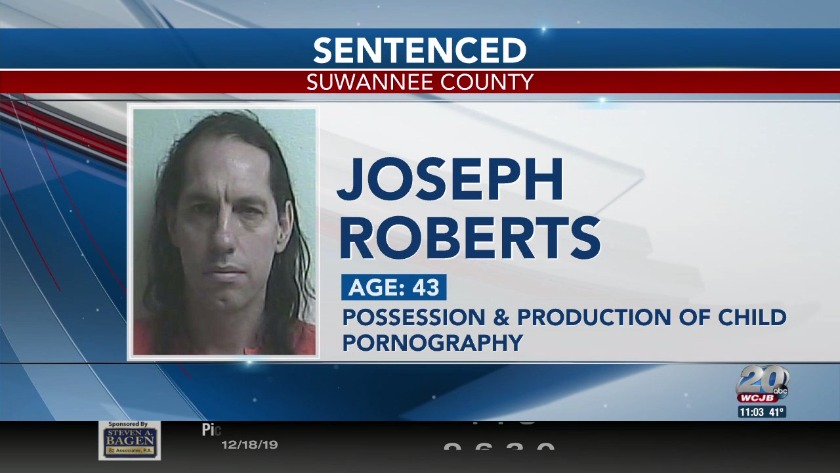 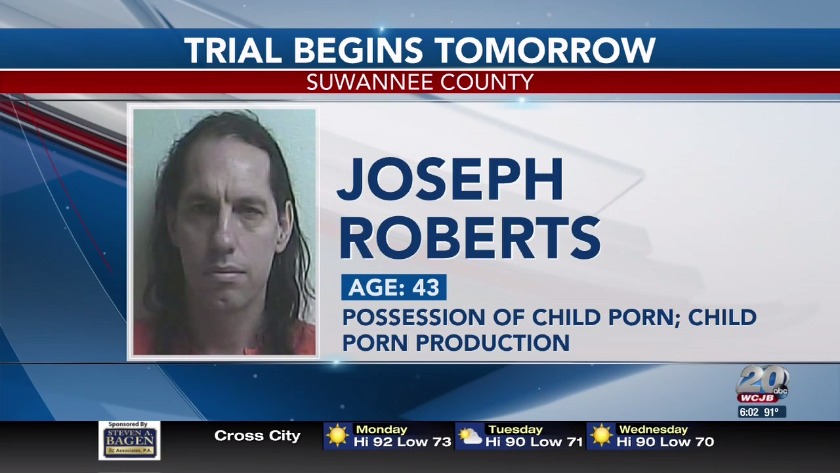 A man from Branford was sentenced to 30 years for child pornography.

Joseph Roberts, 43, was sentenced Monday in federal court. In May 2018 investigators found Roberts in the possession of hundreds of images and videos of child pornography.

Roberts also tried to create sexually explicit videos of a minor using his cell phone. Some of the minors depicted were less than 12 years old.
----

After three hours of deliberations, a federal jury in Gainesville has convicted a resident of Branford in a child pornography case.

After the verdict, Roberts made no comment to the court. He will be sentenced on December 6th.

The trial of a man from Branford will begin Tuesday in federal court in Gainesville.

The home of 43-year-old Joseph Roberts was searched in July of 2018.

Jury trials have been suspended by Florida Supreme Court

FCADV board members to testify at State Capitol

Jury trials have been suspended by Florida Supreme Court

FCADV board members to testify at State Capitol