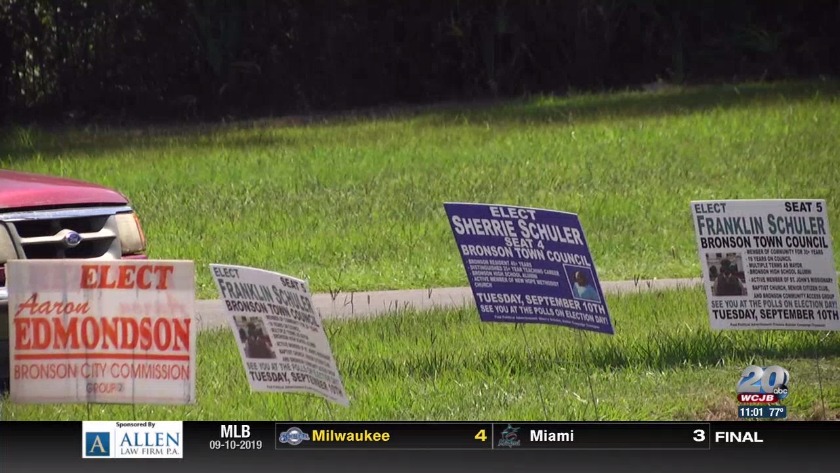 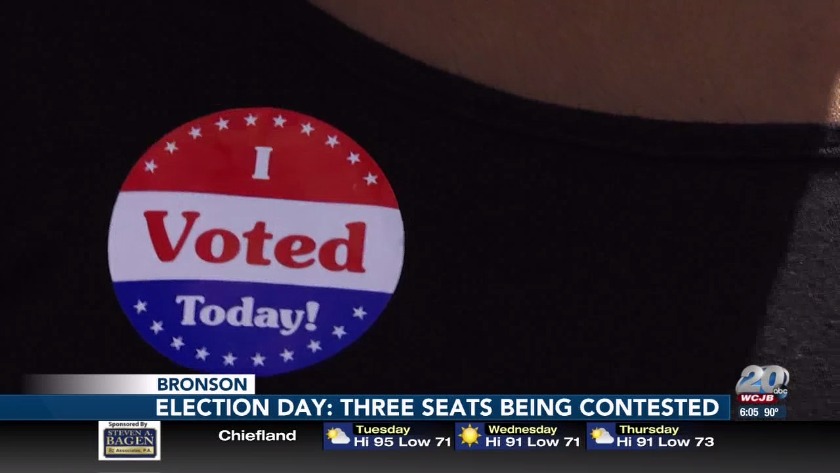 BRONSON, Fla., (WCJB) --- Polls for the city of Bronson's election will be closing in less than an hour.

Three seats are being contested and there is a seven month back story behind this campaign.

"We want people in there that for the people and for our town," said Shirley Patterson Taylor.

Several months of controversy comes to a head as Bronson holds their elections Tuesday for contested seats two, four and five.

In February two new town council members were appointed and voted to name Robert Patrin as Bronson's new mayor instead of appointing the vice mayor when the former mayor stepped down.

Residents were not happy with the decision but one voter hopes the elected candidates will bring opportunities to the town.

" I'd like to see some businesses come through, right now we don't have too much of anything that we can go to and there are no opportunities for our children because you know there's no jobs," said Jerry Mango.

Former Mayor Franklin Schuler is looking to be elected, he and his daughter Sherrie Schuler are challenging incumbents Berlon Weeks and Jason Hunt for seat four and five. And seat two is being contested by James Beck and Aaron Edmonson.

"Because we're a diverse town so to keep the diversity and everybody together that's what I would really like to see," said Edtrice Strong.

In the race for an open Seat 2, former council member Aaron Edmondson defeated James Beck with 134 votes to Beck's 121.

And in the race for Seat 5, sitting council member Berlon Weeks Jr. defeated Franklin Schuler with 133 votes to Schuler's 124.