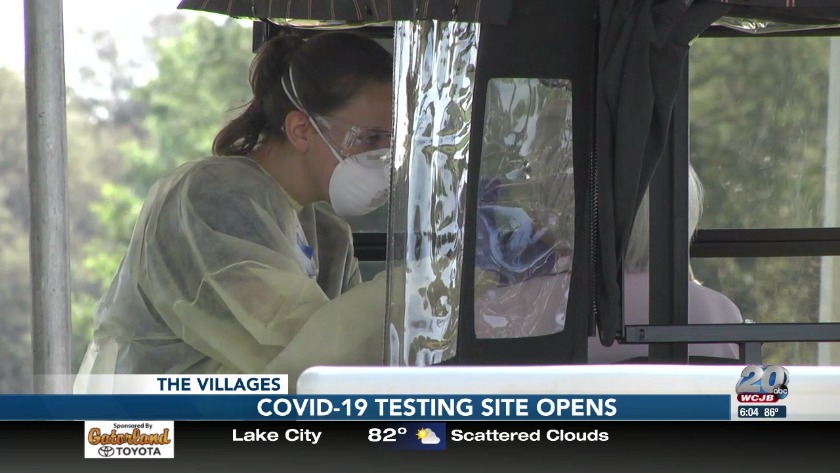 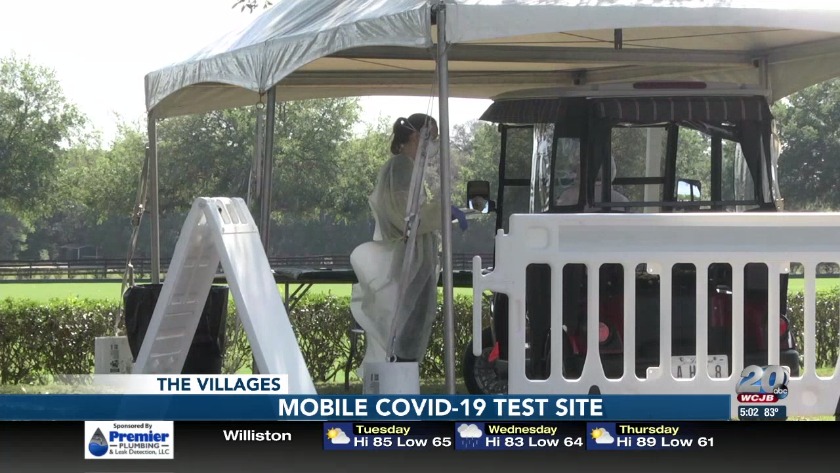 THE VILLAGES, Fla. (WCJB)-- They're calling it the biggest logistics mission in Florida history.

Several 'drive through testing sites' are now set up across the state for coronavirus testing - with more to come.

In partnership with the University of Florida, The Villages Mobile Testing Site will run for the next five days, testing between 400 to 500 people per day.

A team of 25 volunteer UF Health Medical Professionals, together with Villages health personnel and over 100 nursing students will be working at the testing site.

"The purpose behind this drive-through testing is two-fold, one is to screen individuals who met CDC criteria for testing, the other group, who did not have that when they registered online, they were then given the opportunity to participate in a research study,” said Deputy Director Emerging Pathogens Institute at UF, Michael Lauzardo.

Tests will be evaluated at UF's in house lab, instead of being sent out to the CDC for testing.

There is a similar testing site in Broward County, with federal testing sites in Miami, Jacksonville and later this week, one will open in Orange County.

"We've seen the numbers, that Florida broke the thousand threshold for positive cases, but that's just the nature of this and partly the nature when you're really expanding testing, you're going to see more cases,” Florida Gov. Ron DeSantis said.

But one of the major messages officials want to send out, especially to younger residents, is to take this seriously.

"There's feedback out there that COVID ruined their spring break, but you could ruin somebody's life here at The Villages. If you're not feeling well, stay home,” Director of the Florida Division of Emergency Management, Jared Moskowitz said.

The testing site will be open from 9 am to 1 pm, however, residents will have to do some pre-screening online first.

Go to https://ufhealthcovid.com/, to learn if you qualify.