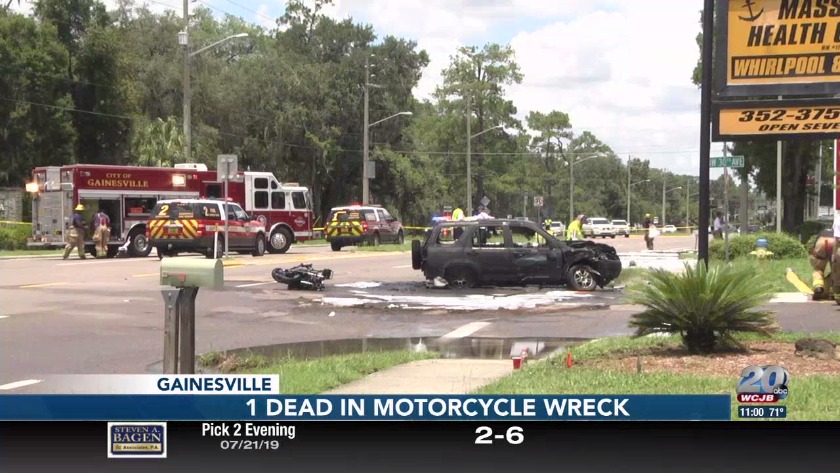 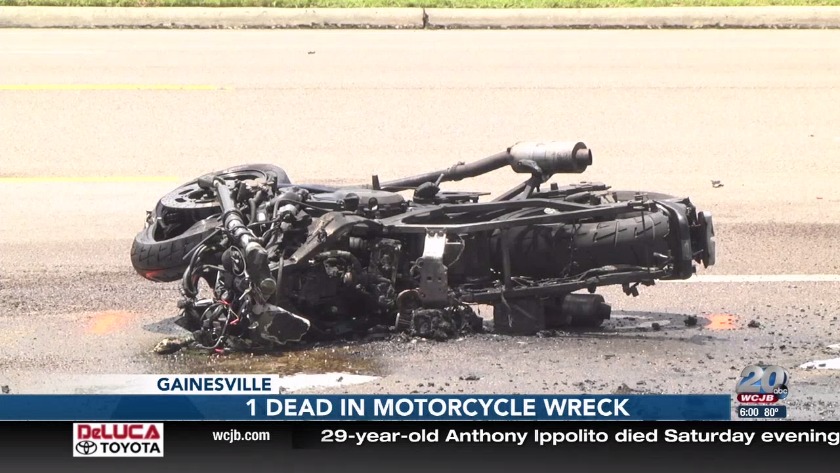 UPDATE:
According to a press release from Gainesville Fire Rescue, crews say responded to the deadly crash which was just 70 feet from a station.

They used water and firefighting foam to contain the flames.

Crews took the drivers to the hospital where the motorcyclist died of his injuries.

The female driver of the SUV was treated for non-life threatening injuries.

Their names have still not been released.

All lanes are now open.

ORIGINAL STORY:
Gainesville Police say a motorcyclist was headed Northbound on 13th Street when an SUV turning left Southbound from 30th Avenue collided with the bike.

The motorcyclist was thrown from his bike, and the SUV caught fire. The driver exited the SUV before it was consumed by flames.

The motorcyclist later died at the hospital. The driver of the SUV was treated for non-life threatening injuries.

Their names have not yet been released.

The accident shut down NW 13th Street from 31st Street to 29th Road as police worked to clear the scene of oil and debris Sunday afternoon.

Florida Turnpike tolls no longer take cash due to COVID-19

Roads closed in Ocala for work in Tuscawilla Park

Florida Turnpike tolls no longer take cash due to COVID-19

Roads closed in Ocala for work in Tuscawilla Park