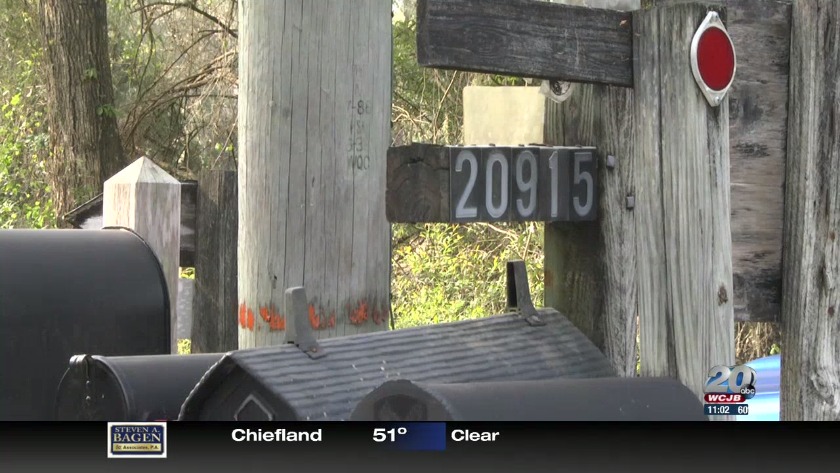 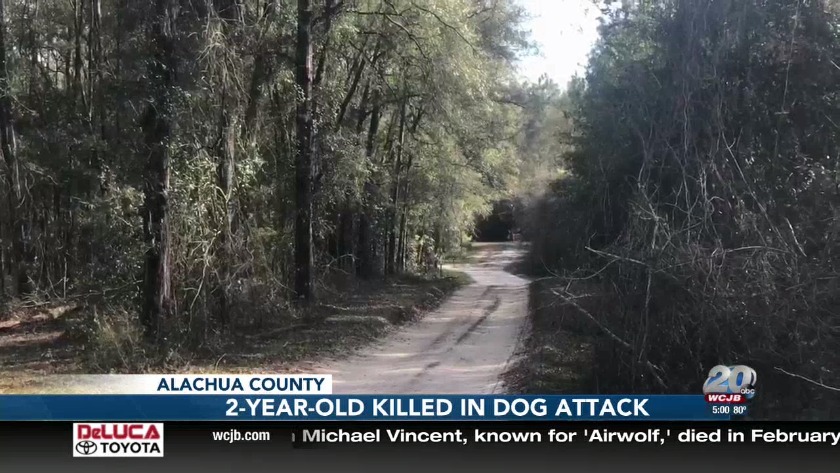 ALACHUA COUNTY, Fla. (WCJB)-- NEW DETAILS (03/08/2019): We have new details about a violent dog attack at a home near High Springs that left one woman injured and a two-year-old boy dead.

The 911 call came in around 10:30 am with a woman saying she and her grandson had been attacked and she didn't think the boy was alive.

"911 what is the address of your emergency?" (Caller) "20915 NW 210th dog attack really bad on me and my baby."
That was the original call to 911, however when first responders got to the scene the injuries to the boy were too severe.

Alachua County Sheriff's Office PIO Brett Rhodenizer said over the phone, "the first units to arrive on scene were fire rescue personnel and despite responding with trauma capable and equipped first responders and paramedics the 2-year-old boy died on scene of his injuries."

Investigators were able to piece together that the grandmother originally went to the home of a family member who has 6 dogs to let them out. She was in the yard with two dogs and the young boy when she went back inside to get some food to lure the dogs in the home so she could let out the others.

Rhodenizer explained what happened next, "It was while she was inside and again we don't have a precise timeline yet but everything we've found today it's a brief stop in and she went back outside not alerted by anything at this point. Goes back outside and does not see her grandson or the dogs but then hears something in this outbuilding on the property and that's when she was able to go over and intervene."

The 57-year-old woman told the 911 dispatcher she had injuries to her hand and legs however she was able to fight the dogs off the boy and locked them inside the home before calling 911 said Rhodenizer.

"She was transported to an area hospital under a trauma alert. She was able on the scene to again make the call, request for help as well as intervene and actually fight off these dogs which are where she sustained these injuries. I do know she had injuries to her neck, what the extent and exact cause were of those I don't know at this time."

In the release ASO says that sometime around 10:30 am, two dogs living in a home about 5 minutes North of High Springs off NW 210th avenue attacked two people, sending a woman to the hospital with traumatic injuries and killing a 2-year-old boy. The child died at the scene.

Lieutenant Brett Rhodenizer of the Alachua County Sheriff’s Office says
the woman is the grandmother of the child and that neither of them lived at the property, but had gone over to let out the dogs as no one else was there. While the child played in the yard, the grandmother had stepped away, and upon hearing noises outside, found two of the dogs attacking the child. She fought off the dogs, getting injured badly in the process, but was unable to save the child.

“This is an incredible tragedy for the family involved,” said Lt. Rhodenizer. “Our investigation will ultimately determine the facts that lead up to the attack, but no answers will ever make up for the loss of a child.”

The Alachua County Crisis Team is on site helping the family.