EXCLUSIVE: Eight more lawsuits filed in the deadly I-75 crash from January 3rd 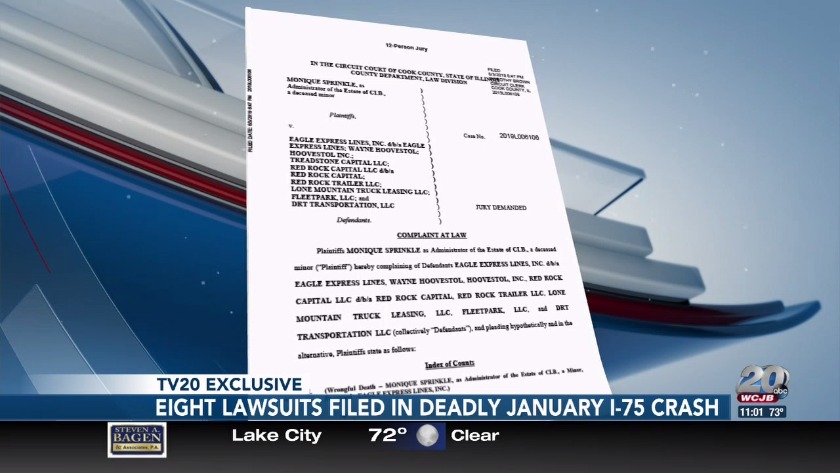 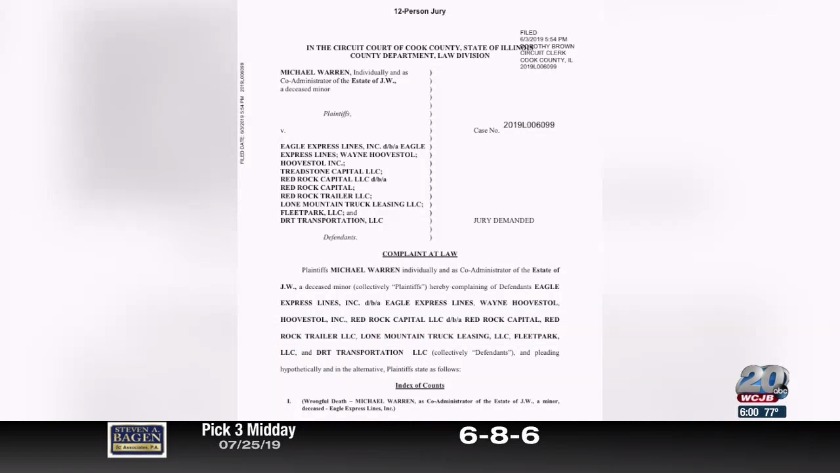 GAINESVILLE, Fla. (WCJB)-- Eight more lawsuits have been filed in the deadly I-75 crash that happened in Alachua County on January 3rd.

Seven people died in the crash, two were semi-truck drivers, and five were children.

TV20 is the first to obtain these lawsuits, filed by family members of victims killed in the crash, as well as some of the living victims. Each of the eight lawsuits were filed in Cook County, Illinois against Eagle Express Lines.

Eagle Express Lines is based out of Illinois and the company owned a semi that was involved in the crash.

In January, TV20 told you how, the driver of that semi, Steve Holland, had a history of traffic infractions. The charges ranged from speeding and careless driving to using an improper license plate and driving an unsafe vehicle.

A Florida Highway Patrol (FHP) incident report shows Holland's semi bumped into a Honda and both traveled across the median and into oncoming traffic. Seven people, including Holland, were killed in the ensuing head-on collision with another truck and passenger van.

Each lawsuit asks for damages in excess of $50,000 and a trial by jury.

The jury would give the final award amount in each case.

A trial date has not yet been set, as each case is still in the discovery phase.