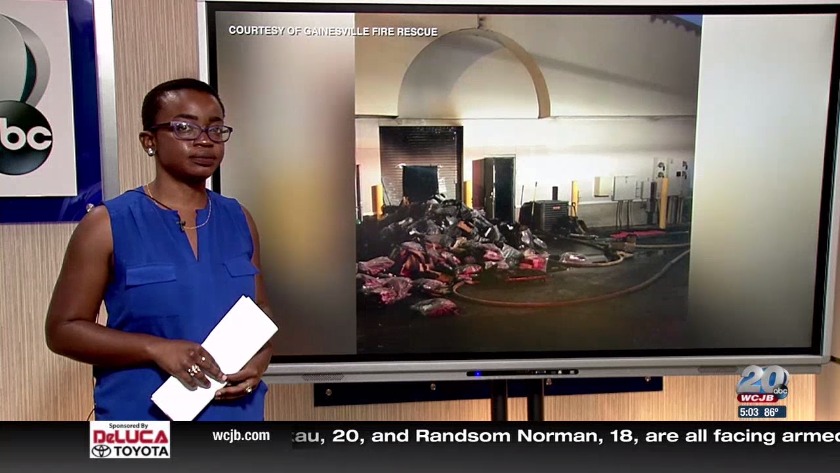 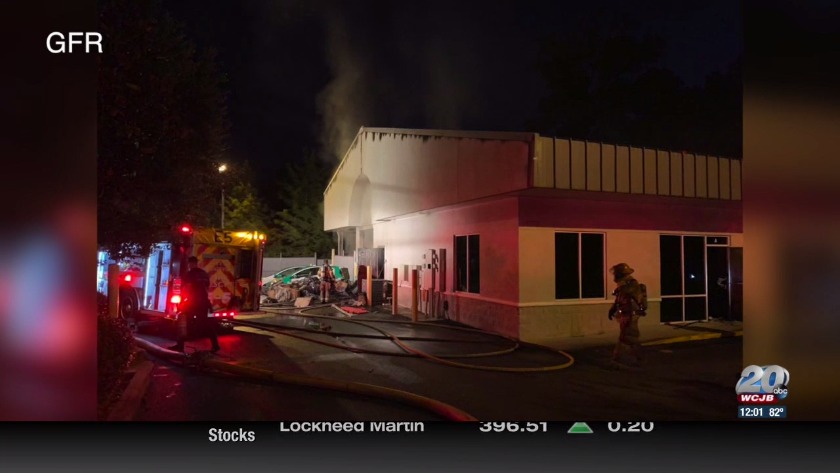 Gainesville police have arrested a man they believe purposely started a fire last week at the Bite Squad headquarters.

43-year-old Joseph Prettyman was taken into custody after a joint investigative effort with Gainesville Fire Rescue and Gainesville Police. A surveillance video from inside the business was paramount in helping to identify Prettyman as the suspect.

The fire erupted around 6 am on September 19th, the Bite Squad building had extensive damage but neighboring businesses were saved by firefighters actions.

A GFR assistant fire chief says they weren't sure how the fire started but by the end of the day of the actual fire they already knew it was suspicious, then they found the surveillance video.

Assistant Fire Chief Stephen Hesson said, "that showed someone enters the structure and what appeared to be moving some merchandise but also appeared to be sprinkling some liquid throughout. Then soon there-after in the video, it showed the fire developing pretty rapidly."

Hesson would not go into details about exactly which identifying characteristics could be seen in the video itself but did say there was a distinctive "build and gait" from the arsonist. Prettyman was also a bite squad employee.

Arson in Gainesville is a rarity says Hesson, he estimated over the course of a year GFR might only see a handful of purposefully started fires. Prettyman has been charged with 1st-degree arson, burglary of a dwelling and grand theft.

Gainesville Fire Rescue's investigation of a suspicious fire inside the Bite Squad location was determined to be intentionally set by an employee.

The fire burned down the regional Bite Squad office and damaged the business next door.

The owner of Gainesville Physical Therapy & Wellness owner, Melissa Lower, said she received a call Thursday morning from the Gainesville Police Department about an alarm going off in the building.

“We'll have to see about Monday and the rest of the week,” Lower said. “[Dreyer’s] DKI did say that it'll be a couple of months before we can get back in because the smoke damage is everywhere."

Lower said she had to cancel Thursday and Friday appointments because of the fire but she is glad no one was hurt.

“Just feel very blessed by God,” Lower said. “Nobody was here. It didn’t actually burn up our building, only the other unit. We’ll hopefully continue Monday with business."

Lower said all the equipment will be removed from the building by the end of the week and she will be looking for a new place to rent to continue her services.

GFR is still investigating the cause of the fire and Bite Squad said they will still be making deliveries.