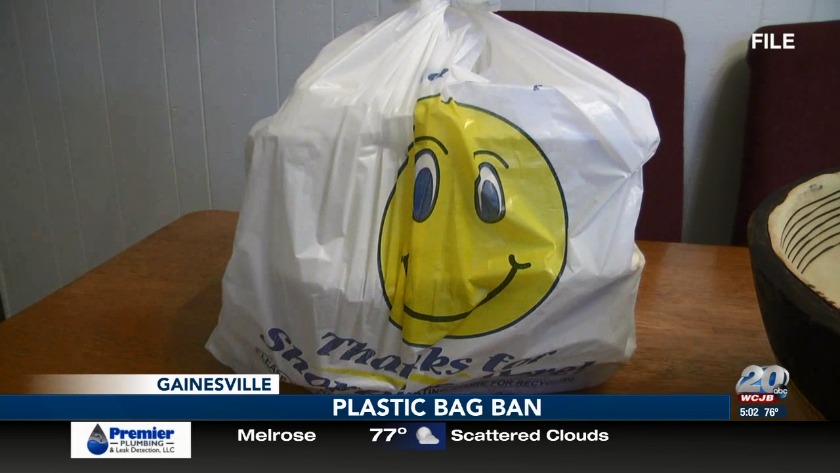 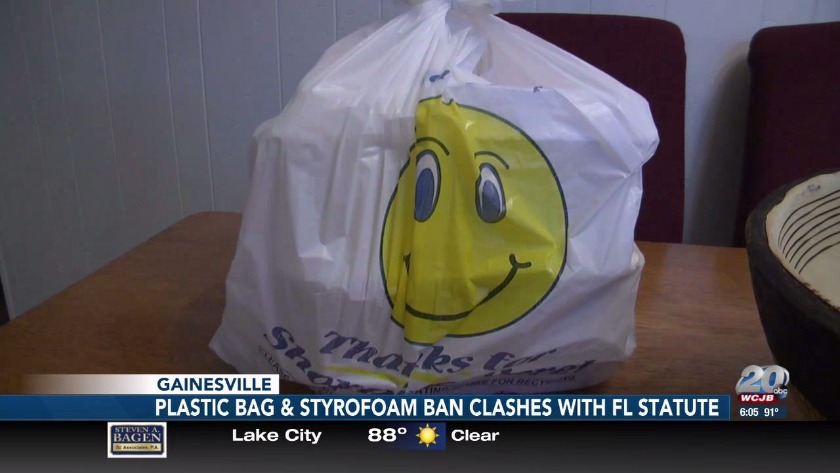 UPDATE:
In a 5-to-1 vote, Gainesville city commissioners decided to implement the "plastic bag" ban starting in Janurary of 2020.

The commissioners discussed the issue after receiving a letter from the Florida Retail Federation requesting that the ban be overturned.

The vote to continue with the ban goes against the recommendation of the City Attorney.

Commissioner Harvey Ward told TV20 he could not vote against an issue just to save money, saying "if I compromise what I believe is right to potentially save some money, then shame on me."

According to a new state law signed into effect on July 1st, if the ban is challenged in court and the city loses they will be required to pay any and all attorney fees and damages.

ORIGINAL STORY:
Gainesville and Alachua County Commissioners may have to re-think their plastic bag bans, due in part to a new state statute.

It started with a letter sent to Alachua County Commissioners by the Florida Restaurant and Lodging Association and the Florida Retail Federation about local ordinances that may go against a new state statute.

The letter is warning the county about potential legal action if the current plastic bag and styrofoam ban isn't repealed in 60 days.

Now county and city commissioners are left with a decision to make.

"Given that we are all on notice that we will be sued by the Florida Retail Federation, or will likely at least, we have to decide how strong is this. You know, is this something that we will want to leave on the books and begin implementation or rather begin enforcement on January 1st, or is there too much of a financial risk for the city?” Gainesville City Commissioner Harvey Ward said.

Now the city attorney is recommending commissioners repeal the ordinance to avoid the risk of mandatory attorney fees, costs, and damages if they are sued and to wait until a similar court case involving Coral Gables is resolved.

"We have not yet begun legal action against the city at this time, we are as organizations as sort of a coalition effort deciding whether or not to do so, but we felt it was important before the city actually enforced started acting and enforcing the ordinance, we felt that it was important that the city be on notice that we feel that their actions are in clear violation of the state statute," Samantha Hunter Padgett, General Counsel for Florida Restaurant and Lodging Association.