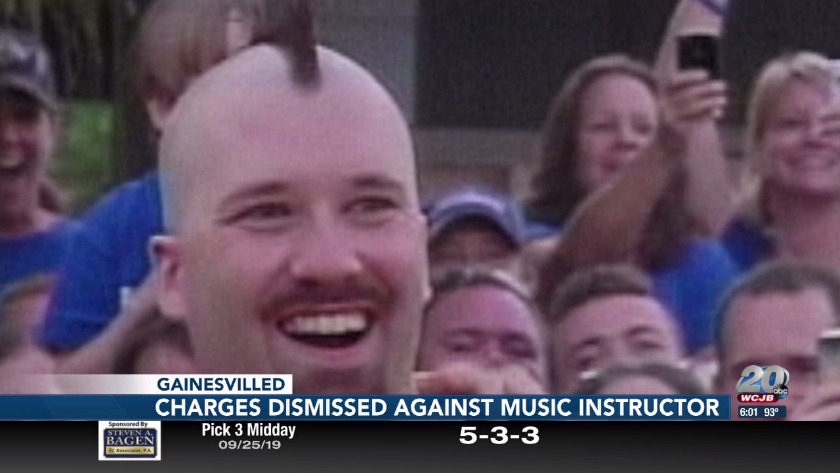 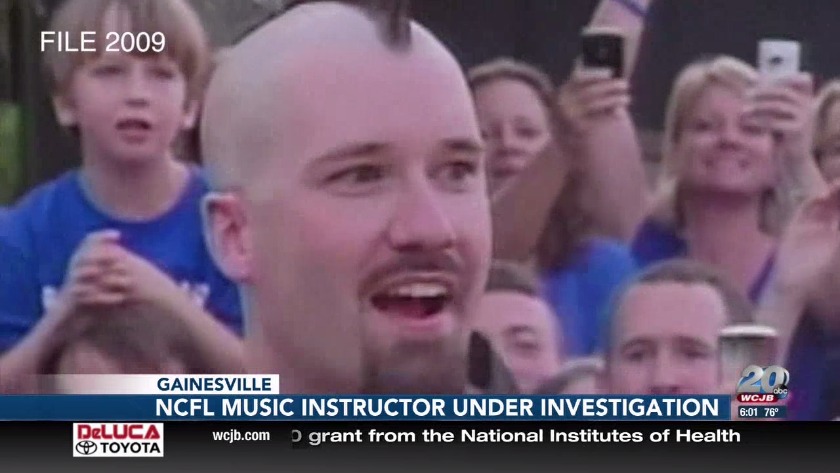 The complaint filed against a Gainesville music instructor has been dismissed.

A complaint filed with the Gainesville Police Department accused Tobin Wagstaff of lewd and lascivious behavior involving a 13-year-old girl.

The state attorneys offices dismissed charges in the case involving Wagstaff. Court records show the victim was unable to testify at this time, so the case was unable to be proven.

Evidence in the case has been retained until further instruction.

Gainesville music instructor, Tobin Wagstaff, who achieved local fame for appearing on the show "Extreme Home Makeover" is under investigation after a sworn complaint was filed against him for lewd and lascivious behavior involving of a child.

39-year old Tobin Wagstaff has not been arrested as charges are being investigated by the State Attorney's Office.

State Attorney Bill Cervone says they're aware of the complaint but still must interview the person who made the complaint, and other potential witnesses before charges can be filed. Cervone says their goal is to be at a decision-making point on filing charges within 30-60 days.

The sworn complaint states a 13-year-old was touched inappropriately by Wagstaff approximately twice a month from January to October of 2018.

The child also said Wagstaff first touched her inappropriately in January 2018 after first pushing her to the ground. The complaint details the victim believed he was drunk at the time. Wagstaff had DUI arrests in April and June of 2018.

The girl also says Wagstaff forced her to sleep in his bed with him, and that she would have to stop him from trying to take off her clothes.

Gainesville police interviewed Wagstaff on June 27th where the sworn complaint claims he lied about the victim ever having slept in his bed. He then later admitted to that but said if he ever touched her inappropriately it was unintentional.

We reached out Wagstaff for comment and by text. He referred us to his attorney who over the phone said they're denying the allegation on their client's behalf.

We'll continue to follow this story as the State Attorney's Office makes their decision on potential charges.