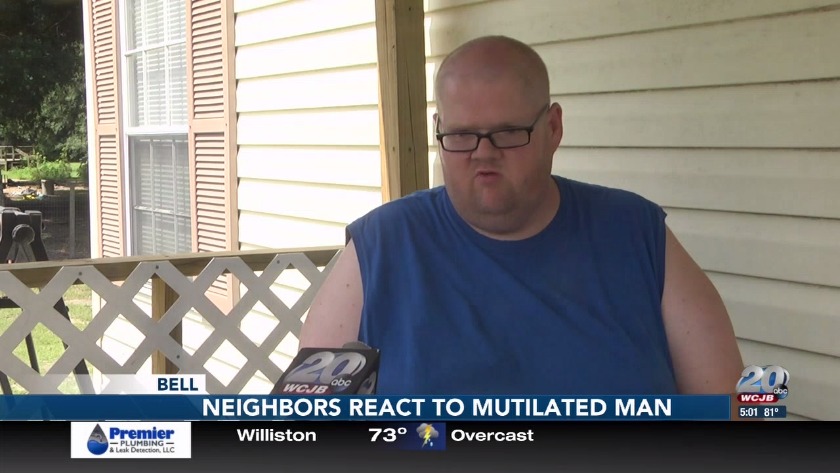 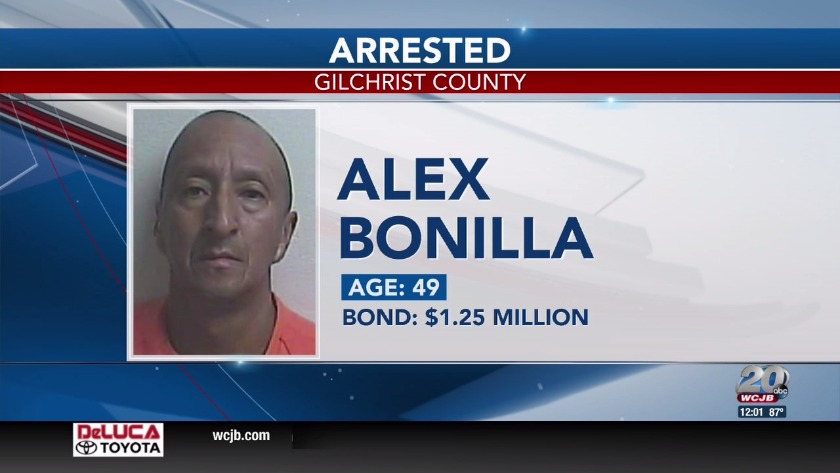 GILCHRIST CO., Fla. (WCJB)-- UPDATE:
Neighbors in one North Central Florida city are reacting to the news of a gruesome incident that happened close to home.

An alleged affair may be the motive that led one man in Gilchrist County on Sunday to commit a crime that sounds just as painful as it might have felt. Gilchrist County sheriff's deputies say that the suspect who has since been arrested caught his wife cheating on him with the victim a few months ago. One neighbor says people in the neighborhood can not believe their ears.

"I was like you got to be kidding me, ain't no way this happened," said Dusty Joiner, neighbor.

Dusty Joiner says he and his family were headed out to Chiefland when he heard a boom -- he thought was fireworks.

"It was a big bang and I'm thinking it must be some idiots shooting fireworks or something," said Joiner.

But what it was actually a gunshot fired by 49-year-old Alex Bonilla.

Gilchrist County deputies say Bonilla entered a home on Northwest 27th Way in Bell where there were kids inside and held a man at gunpoint, tied him up, and cut off the man's penis.

When deputies found Bonilla at work later that day he said he caught his wife cheating on him with the victim in May.

"When I found out what happened over there and I saw the report and what I read, I was like oh man that guy is crazy, something is wrong with him, they need to lock that man up or something I'm glad they got him," said Joiner.

Bonilla is being held at the Gilchrist county jail and his bond is set at 1.25 million dollars.

"Even if its cheating or something on somebody you just move on with your life, it ain't no sense in killing somebody or hurting somebody," said Joiner.

The Gilchrist County Sheriff's Office is investigating the motive of a home invasion that left a resident mutilated Sunday morning, July 14, 2019, in the town of Bell.

Deputies arrested 49-year-old Alex Bonilla and charged him with aggravated battery with a deadly weapon, burglary, cruelty to a child and other charges.

According to a press release, Bonilla broke into the home of the victim, where he held the victim at gunpoint. In the arrest affidavit, it says that two of the victim's children where inside the home at the time and witness Bonilla force the victim into his bedroom and threatened that if he resisted that he would be killed.

The victim was then tied up and his penis was cut off by Bonilla with a pair of scissors. Bonilla then ran away across the street to his home with the penis in his possession.

According to court records, responding Gilchrist County deputies surrounded Bonilla's home while one drove the victim to a local hospital.

Bonilla was not home, having gone to the Alliance Dairies in Brandford, where he works. He was arrested there.

In the affidavit, it says that Bonilla had caught the victim and Bonilla's wife having sex in May.

The motive for the crime is still under investigation. Bonilla's bond was set at $1.25 million.