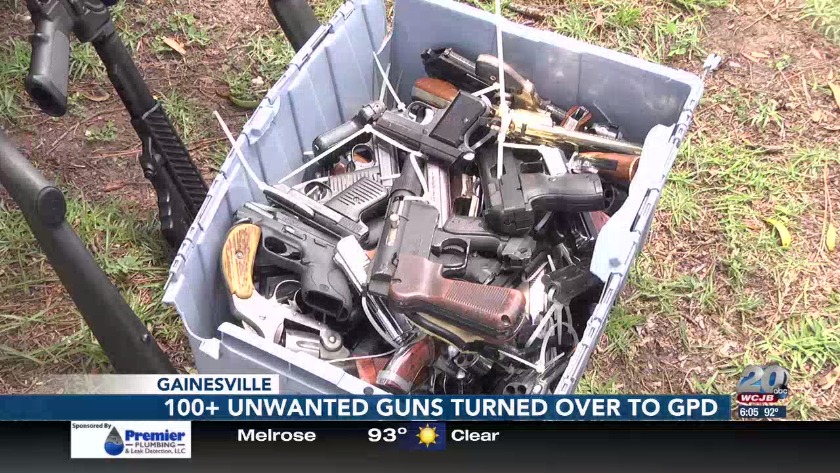 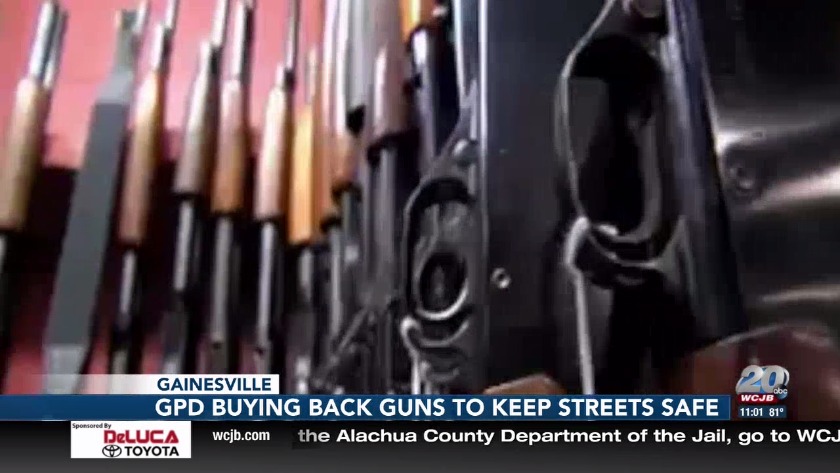 Gun buyback event to be held in Gainesville on Saturday 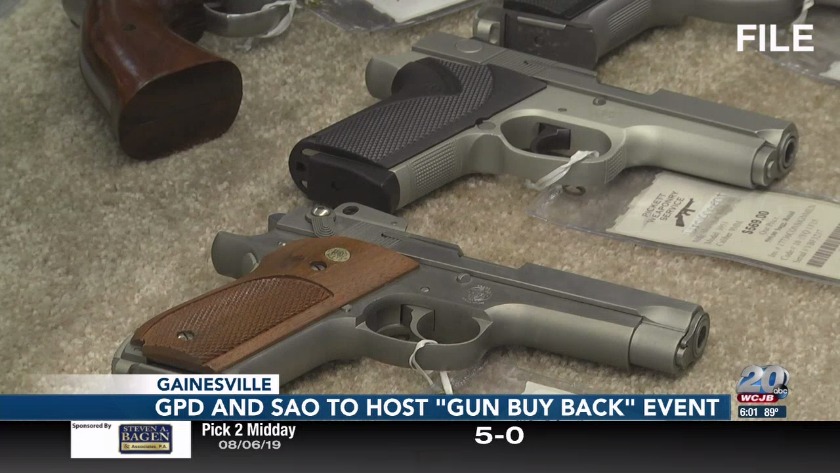 Gun buy back event in Gainesville to promote gun safety

The buyback was a way for residents to get rid of unwanted guns and to promote school safety.

Residents who turned in a gun were eligible for a gift between $50 to $300 or an X-box, depending on the gun.

Gainesville Police Department had $6200 of seized drug money on hand which they were using to pay for those guns.

So many people showed up wanting to get rid of guns Gainesville Police Department ran out of cash almost 2 hours early. Still, residents continued giving their guns away, some offered money to help keep the event going.

"Name it, you have some very old guns, old pistols old rifles and then you have some AK-47's, AR-15's, and a whole bunch of shotguns," said Darry Lloyd, State Attorney Deputy Chief Investigator.

At one point someone tried to turn in a grenade which resulted in Alachua County Sheriff's Office sending their bomb commander. He determined it was a tear gas grenade.

The gun buyback resulted in 143 guns being turned in. Those guns will be processed to see if any are stolen or connected to crimes. The rest will be disposed of.

A gun buyback event will be held behind Fire Station #3 in Gainesville on Saturday, August 10 from 10 a.m. to 2 p.m.

The Gainesville Police Department is partnering with the state attorney, the Alachua County Christian Pastors Association, and People Against Violence Enterprises to put on the event.

Anyone who has a firearm they’d like to give up can bring it to the event. In return for the gun, they'll receive cash or even an Xbox.

“If you are an individual who is not supposed to be in possession of a firearm, but you have a firearm you want to get rid of, you will have immunity transporting that firearm to that event," said GPD Chief Inspector Jorge Campos. "We don’t care about your name or your background. We want the firearm.”

Anyone planning to surrender a gun at the event is asked to turn on their four-way flashers as they drive up and keep the gun out of sight until directed otherwise.

For more information about the gun buy back event, click here.