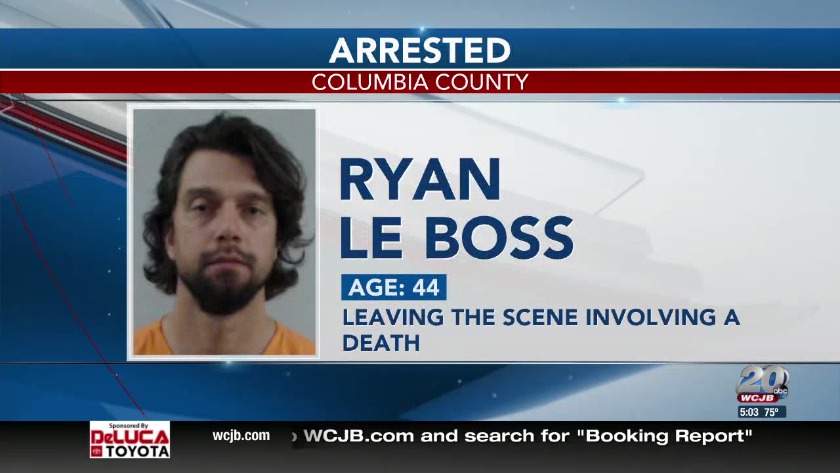 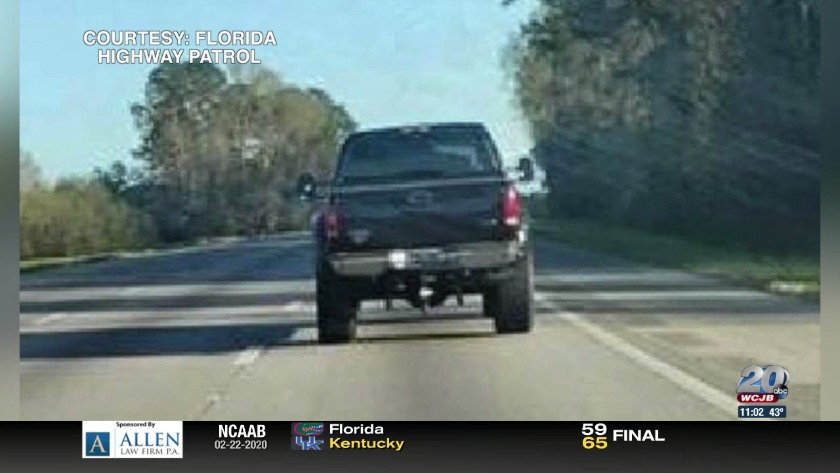 ALACHUA, Fla. (WCJB) --
UPDATE (02/24/2020):
According to a press release from the Florida Highway Patrol, the suspect in Saturday's fatal hit-and-run has been arrested.

Officials say that 44-year-old Ryan Le Boss of Lake City was located and apprehended at his residence in Columbia County without incident approximately nine hours after the hit-and-run.

Boss was the boyfriend of the victim, identified as 48-year-old Eileen Bocca of Ocala.

ORIGINAL STORY (02/22/2020):
A tragic hit and run on I75 has left a woman in North Central Florida dead; she was hit and killed by a pickup truck and the person responsible is currently nowhere to be found.

Troopers with the Florida Highway Patrol are looking for the man driving the black Ford pickup truck in the video above.

Officials say he was heading south near Exit 399 in Alachua on Saturday when witnesses saw the driver swerving onto the shoulder of the road.

She was dragged for several hundred feet until she fell and was then run over by the truck.

The driver was last seen exiting at Mile Marker 390.

The woman was taken to UF Health where she was pronounced dead.