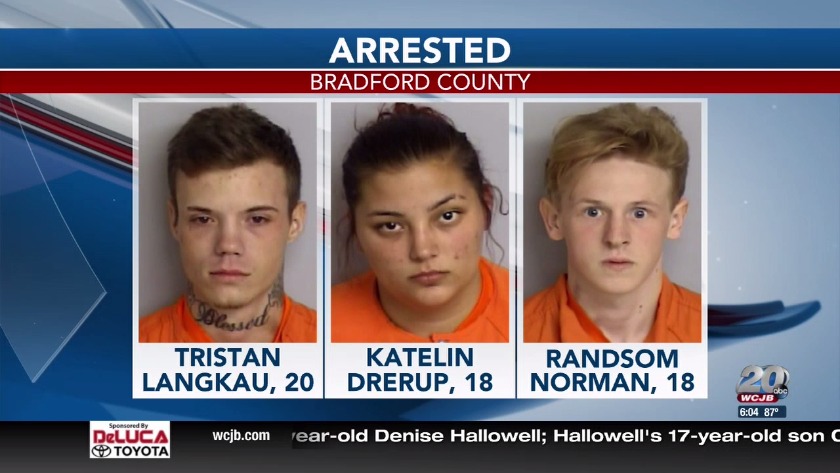 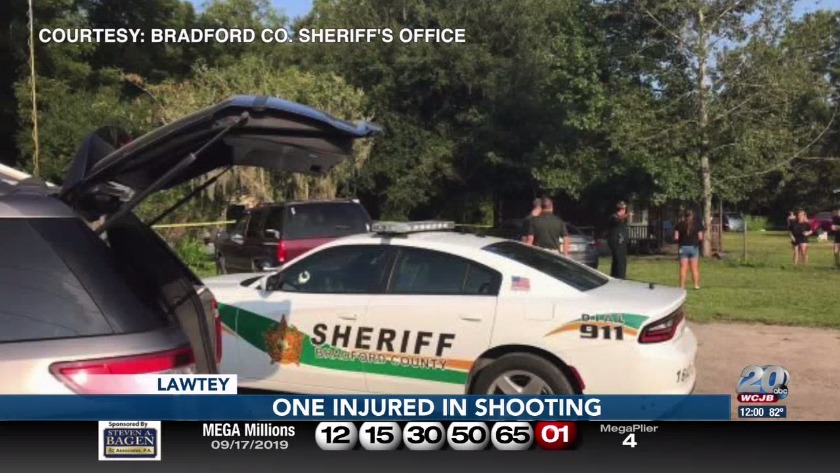 LAWTEY, Fla. (WCJB) - Three people were arrested Wednesday after a woman suffered a gunshot wound in her left arm, according to Bradford County Sheriff’s Office.

Deputies say the three suspects invaded a home at 1336 NW 241 St. which happened about an hour before the shooting. They held the victim at gunpoint before fleeing in a black SUV with the stolen items.

While deputies were investigating, they received another call about a shooting.

A woman was shot in the arm at 23346 NW CR 200A. The shooting victim was transported to a Gainesville area hospital.

“That's not a common occurrence within our community,” Sheriff Gordon Smith said. “So to us, it’s shocking."

Lawtey Elementary was put on secured status Wednesday morning after Bradford County deputies responded to a shooting near the school.

Both Langkau and Norman are charged with armed burglary, theft and criminal mischief.