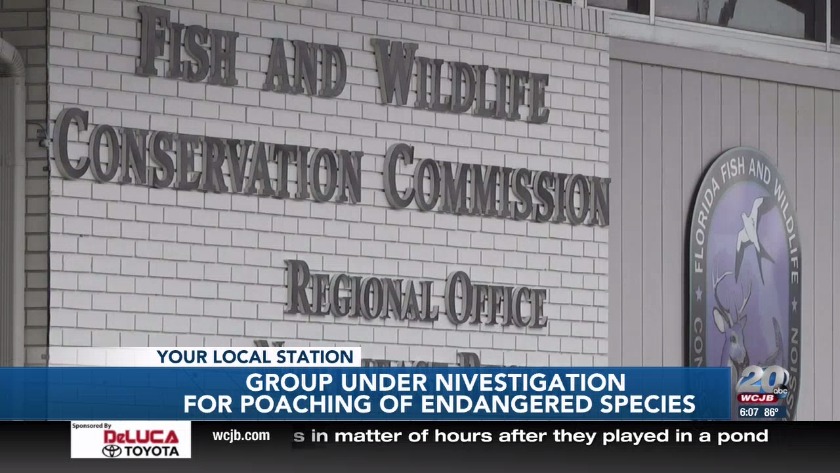 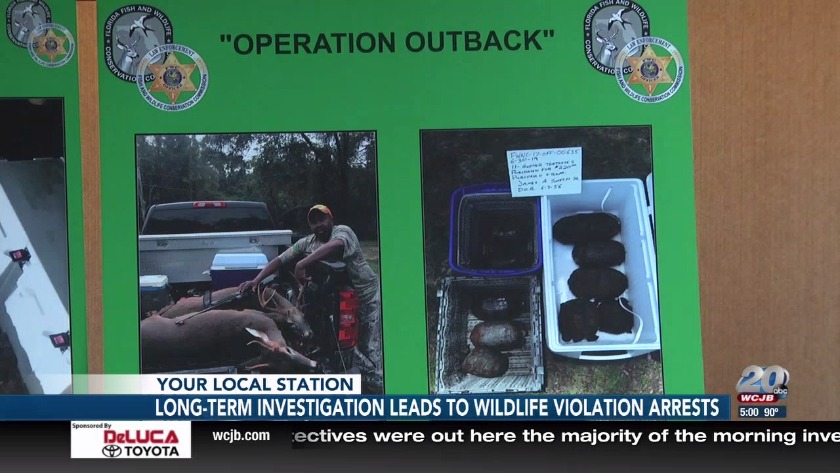 MARION COUNTY, Fla. (WCJB)-- A group of accused poachers is under arrest after a lengthy undercover investigation by Florida Fish and Wildlife agents.

Friday the FWC held a press conference to announce the details of the case.

As part of a long term investigation by the Floria Fish and Wildlife Conservation Commission, several people have been arrested for their part in buying and selling endangered animals on the black market.

"The motivation is monetary gain. They have no regard for conservation or having sustainable fishery or resources for further generations to enjoy,” said the head of FWC Investigations Maj. Grant Burton.

The FWC began its investigation in May of 2017.

The investigation started in Levy County with investigators quickly making connections to other counties across the state.

"It's happening throughout the state. We're doing our best and working with other state and federal law enforcement agencies on a regular basis,” Burton said.

The individuals who were arrested, including prime suspect, 63-year-old James Alexander Smith, were hunting deer out of season, alligators without permits and protected gopher tortoises among several other species.

Officials said gopher tortoises would sell for about 25 dollars per animal, while larger animals like deer would range from 100 to 300 dollars.

Groups like the Coastal Conservation Association of Florida, and Duke Energy, along with the FWC were also trying to replenish fish numbers after red tide, during this time as well.

They said they’re sad to see their work be set back.

“Trying to make up and get it's population back from the perils of red tide algae bloom, not counting the freeze we went through several years ago and here we've got a group of individuals that are out just using it for profit where everybody else is working as hard as they are trying to build that population back. Not counting the deer and gators and everything else that they took,” said Jeff Miller with the Coastal Conservation Association.

Investigators also said they found that several restaurants were a part of this illegal buying and selling operation as well.

Smith, 51-year-old Sherod Christopher Strawder and 28-year-old Aaronnette Jermeshal Shytresa Lee have been arrested. Smith is being held at the Alachua jail.