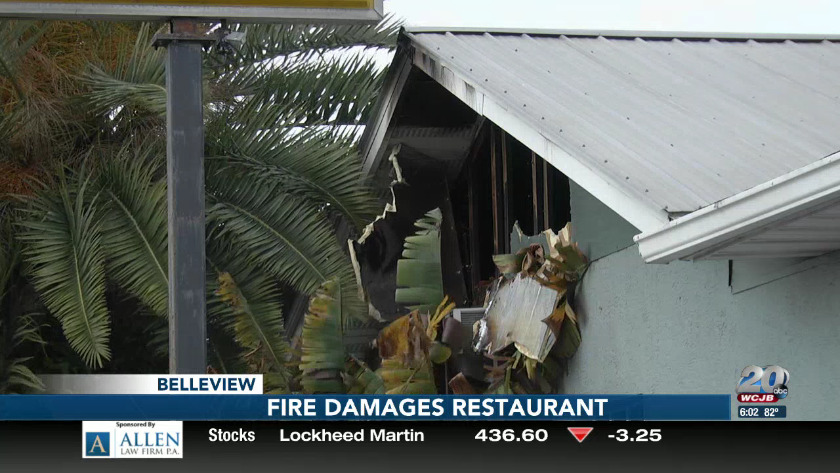 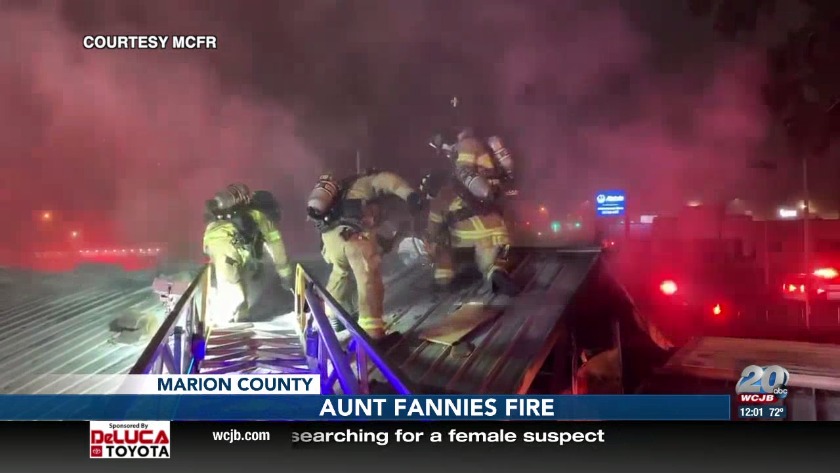 MCFR is investigating cause of a fire at Aunt Fannies Restaurant

OCALA, Fla. (WCJB) -- Marion County Fire Rescue is investigating the cause of a fire at a popular diner in Belleview.

Someone called 9-1-1 to report heavy smoke coming from a fire on Abshier Boulevard on Tuesday night.

When firefighters arrived, there were flames shooting through the roof of Aunt Fannie’s Restaurant.

AJ Umland was 23 years old when he started Aunt Fannie's Restaurant in Belleview and nearly 40 years later, the community is rallying together to save the well-known restaurant

"He's been here a long time, and he's a good man, the best man I know and he deserves to have people give back to him because he's given so much to them," Kathy Umland said.

A GoFundMe page is set up to help the owners with expenses, a link to that page is attached to this article.

Kathy Umland says she's also looking to plan a community fundraiser in the next few weeks.

"You know, there's ups and downs, but I survived all of them. A lot of good loyal employees and loyal customers over the years," AJ Umland said.

Fire officials say the fire started in the kitchen area and quickly spread to the attic. The fire damaged the roof causing the air handler to fall through the building.

The Umlands do have insurance but are more worried about their 15 employees.

"It's going to be hard on a lot of people, I just want to get back and going and getting my employees back to work," AJ Umland said.

The State Fire Marshal is investigating the exact cause of the fire.

Duplex fire in Ocala forces seven out of their homes

Duplex fire in Ocala forces seven out of their homes