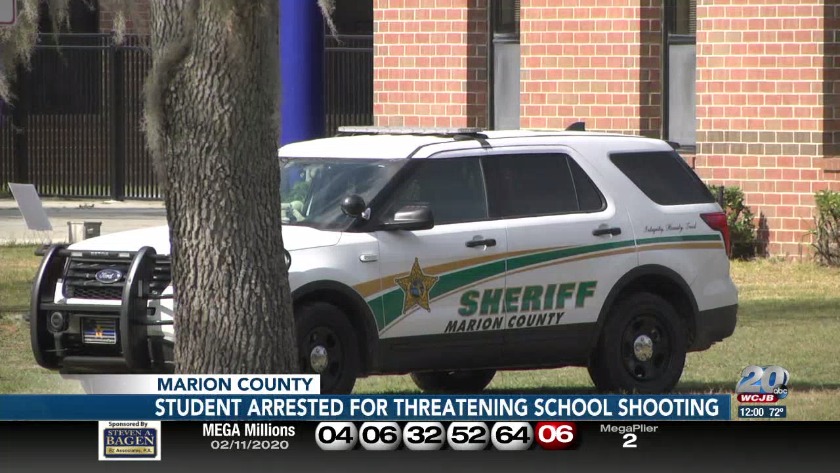 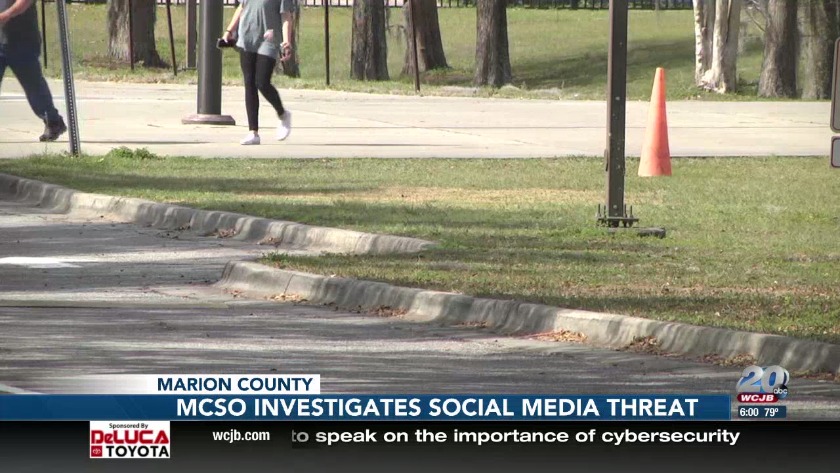 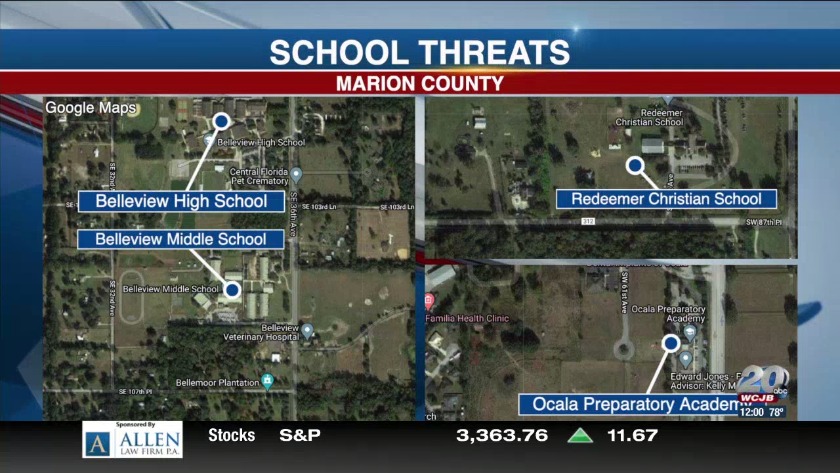 According to MCSO, the student initially reported the message to be from an unknown person, but later he admitted to creating the post himself and he was arrested.

The student has been charged with Sending a Written Threat to Kill, Do Bodily Injury or, Conduct a Mass Shooting and is being held on no bond.

The sheriff's office was also investigating a different threat made against Redeemer Christian School and Ocala Preparatory Academy.

Officials said that the threat was made by someone outside of the country in reaction to a dispute over an online video game.

"At this point, deputies are searching for the student that made the threat following an after school fight,” said MCPS Public Information Director, Kevin Christian on voice recording.

Parents received this message Monday night after MCSO got word of a threat to carry out a school shooting that was sent via Snapchat.

"Parents, this is another great opportunity to remind your children to make positive choices every day, not ones that land them in trouble with the school and law enforcement,” the voice message continued.

The sheriff's office placed extra security at both schools Tuesday as a precaution.

Sheriff's officials urge parents to get involved with their children's social activity.

"Be involved, be right in the middle of it. Do not let them have that, where you don't know what's going on with their social media. Being involved, know what's happening and you could save your child a lot of heartache,” said MCSO Public Information Director, Sgt. Paul Bloom.

So far no arrests have been made in this case, but when detectives do find the person responsible, they will likely face felony charges.

“If a child thinks hey I was just messing around, it wasn’t meant to be, to cause all of this trouble, it's too late and it's too bad that you've committed a felony and you will be arrested,” Bloom added.

The sheriff's office also sent deputies to Redeemer Christian School and Ocala Preparatory Academy on Tuesday in response to a different threat.

Officials said that the threat was made by someone outside of the country in reaction to a dispute over an online video game.

There may be an increased presence of law enforcement on campuses as a precautionary measure.

If you have any information relating to these threats, they ask you to please contact the Marion County Sheriff's Office at (352)-732-9111.