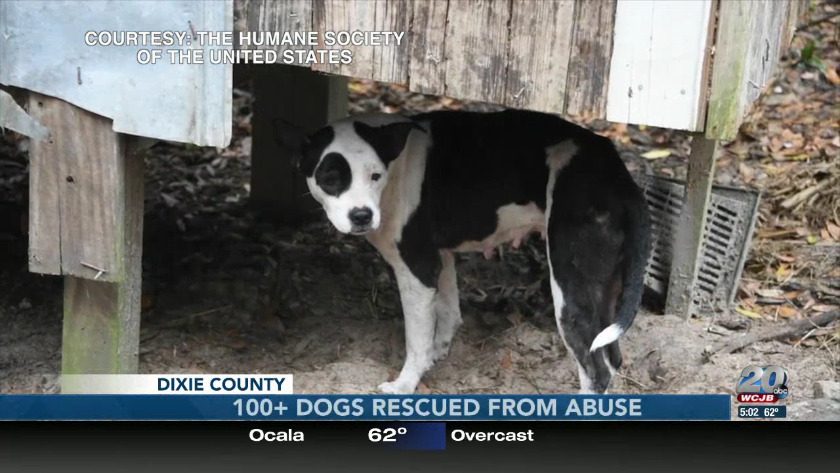 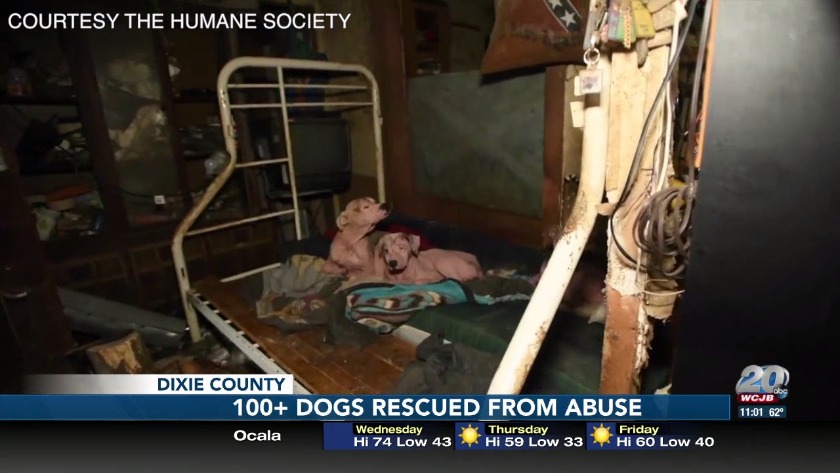 Dixie County Sheriff's deputies say they found out of this case when a resident's dog went missing in January.

Deputies also say when the resident posted about her dog, another individual sent her information about where the dog could be.

Deputies then went to the property in Old Town to find that person. while there, one of the defendants drove up with the dog in their car and that's when deputies learned about the other animals.

All of the suspects involved are in the Dixie County Jail.

The Humane Society of the United States and the Dixie County Sheriff’s Office are working together to set up a form for residents to fill out if their dogs may be missing.

Many of those dogs appear to be suffering from sores, dried and itchy skin, as well as missing fur.

"So we are seeing a large number of dogs being kept outside  mostly in hutches that are leaking with the rain and filled with feces and waste," explained Laura Koivula, Deputy Manager of Animal Crimes at the Humane Society of the United States. "There are also some dogs being maintained inside of a dilapidated home and camper."

The Humane Society of the United States is working with the Dixie County Sheriffs' Office to rescue the dogs who live inside the home.

"We're able to come in and assist sheriffs departments with these types of large scale cases , but every time you see an animal in this kind of situation and the amount of suffering that is happening on the properties...it's pretty jarring for sure," Koivula said.

Sheriff's deputies say 5 people have been arrested in connection to this incident.

All but three of the dogs were surrendered to the Humane Society of the United States, who will be taken to an undisclosed shelter. A court process will later determine who will eventually have custody of them.