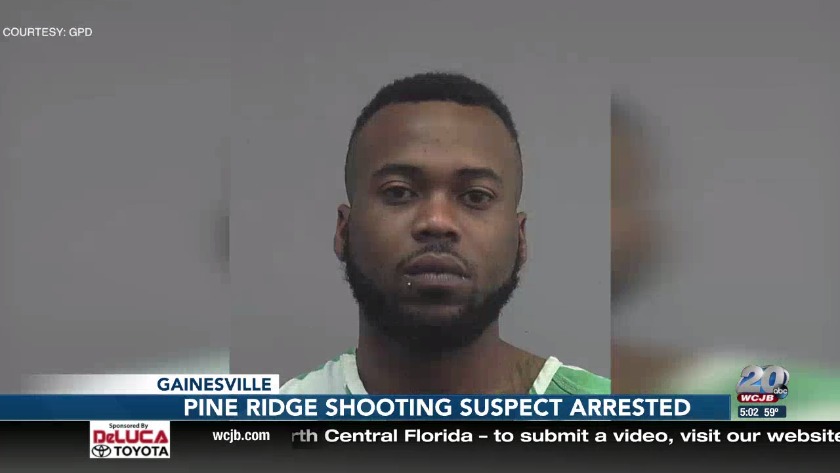 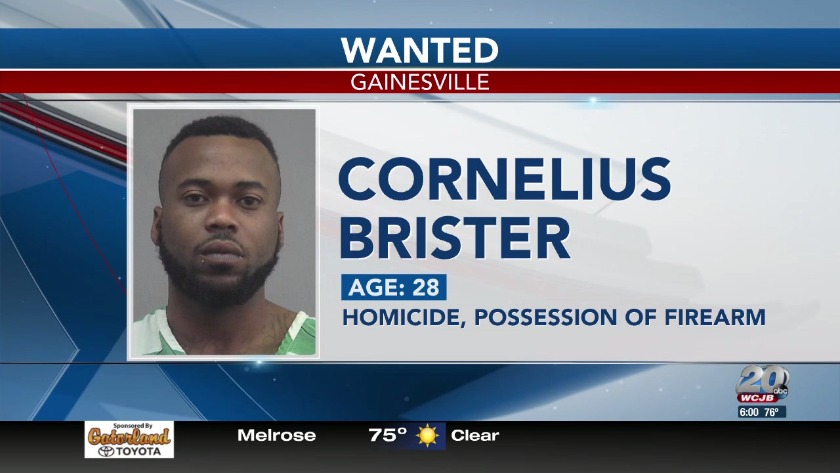 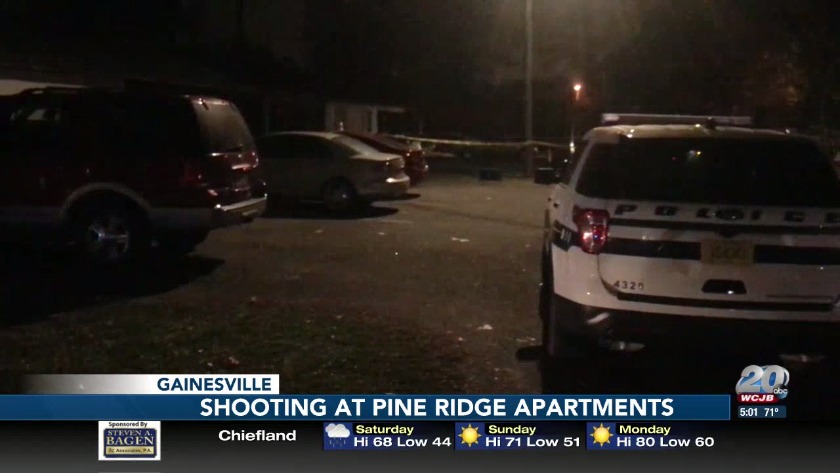 One personal hospitalized after shooting at Pine Ridge Apartments in Gainesville

Investigators say Brister is suspected of shooting and killing 27- year-old Earvine Odom in the Pine Ridge neighborhood last Thursday after a dispute.

Detectives have been searching for Brister since he was identified as the shooter.

“The Turner County Sheriff’s Office I’m being told that it’s near Tipton Georgia, attempted to stop a vehicle that was speeding, the driver of that vehicle failed to stop and they got into a pursuit that lasted about 30 miles, they were able to stop the vehicle and once they made there contact with the individuals inside, Mr. Brister was an occupant or passenger in the vehicle," said Chief Inspector Jorge Campos, GPD spokesperson.

GPD officials also say when Brister was arrested he was in possession of a stolen firearm that was reported to the Alachua County Sheriff’s Office.

In a Facebook post, GPD said the Turner County Sheriff’s Office in Georgia arrested 28-year-old Corneilius Brister. They said he was also found with a gun that was reportedly stolen.

28-year-old Cornelius Brister is wanted for homicide and possession of a firearm by a convicted felon.

He is suspected of shooting and killing 27-year-old Earvine Odom, the victim of the shooting at Pine Ridge Apartments.

UPDATE (12/13/19, 6:19 p.m.):
Gainesville police have confirmed that the victim of Thursday night's shooting at Pine Ridge Apartments has died.

In a press release, the Gainesville Police Department say 27-year-old Earvin Odom was killed after someone shot him in the stomach.

Police say they believe Odom had been in some sort of long-standing dispute with several members of the neighborhood.

Gainesville Police were called out to a shooting at the Pine Ridge Apartments around 4:50 p.m. Thursday.

According to GPD, it all started with an altercation between two groups of people.

Then a single shot was fired, hitting a male victim.

“When our officers got on scene, they rendered life-saving aid to the victim, who was shot in the lower part of their torso area. The injuries seemed to be life-threatening. As soon as EMS arrived, they brought the victim to the hospital for further treatment," said GPD Chief Inspector Jorge Campos. "When we got on scene, the people that were on scene were not very cooperative with us, so obviously we have a lot of investigating to do.”

Police say several fights also broke out at the apartment complex after the shooting.

The shooter hasn't been found. Anyone with information is asked to call police.