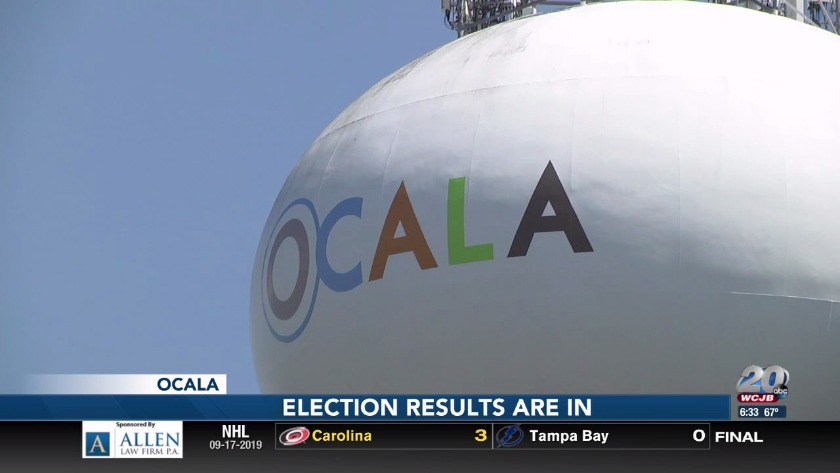 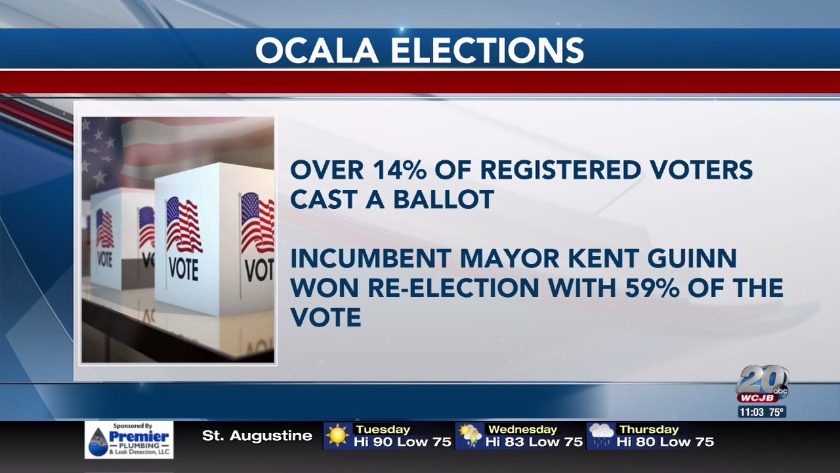 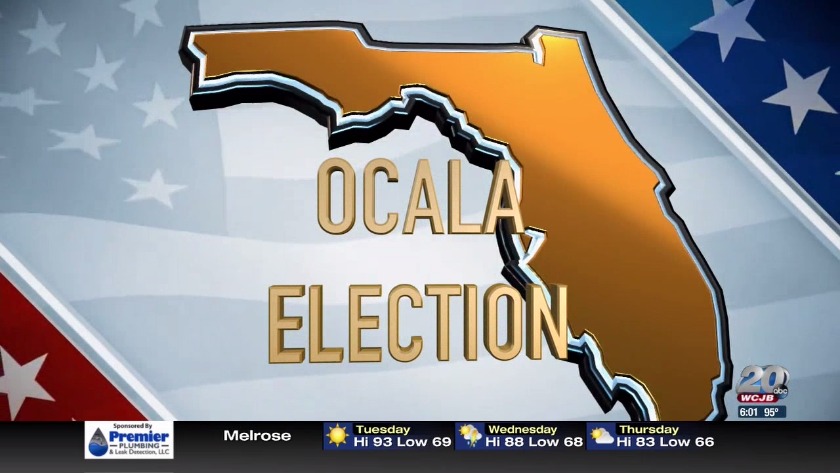 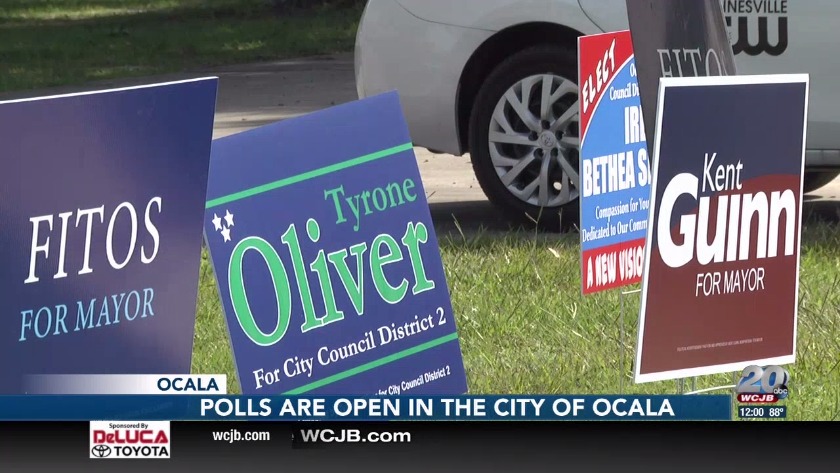 "Continuing the work we've been doing on development, attracting new companies to town, working with the police department, law enforcement and the arts, we have a lot of great things going on in the arts community downtown and I just look forward to continuing our success as a community," Guinn said.

Tyrone Oliver who won 44% of the vote and Ire Beathea who won 32% will square off in a runoff election in November.

For now, results are unofficial until the final canvassing board meets and certifies the election.
__________
Residents of the City of Ocala are heading to the polls Tuesday.

Guinn has served as Ocala's mayor for eight years.

Fitos has served a four-year term as a city commissioner.

There are 36,506 registered voters in Ocala.

For Melinda Brown, she's voting to make a difference in the community.

"If you have a candidate running for an office, that you truly believe in their views and things that will the community and the city, that's why I vote,” Brown said.

For others, they found it difficult to make their decision.

"Well, I'm very disappointed that the candidates aren't listed as republicans or democrats. It's hard to make up your mind when you want to vote one way or the other,” said resident Gary Taschenberger.

But no matter what your reasoning, officials say to get out and make your voice heard.

"I just encourage anybody that's able, if they can vote, go to vote, it's important to do,” Brown added.

The first set of unofficial results will be uploaded to the Marion County Supervisor of Elections website at 7:30 and will be updated every 15 minutes until the ballot counting is complete.

Voting is from now until 7pm Tuesday.