It Has Been Almost One Year Since Jasmine Robinson Went Missing 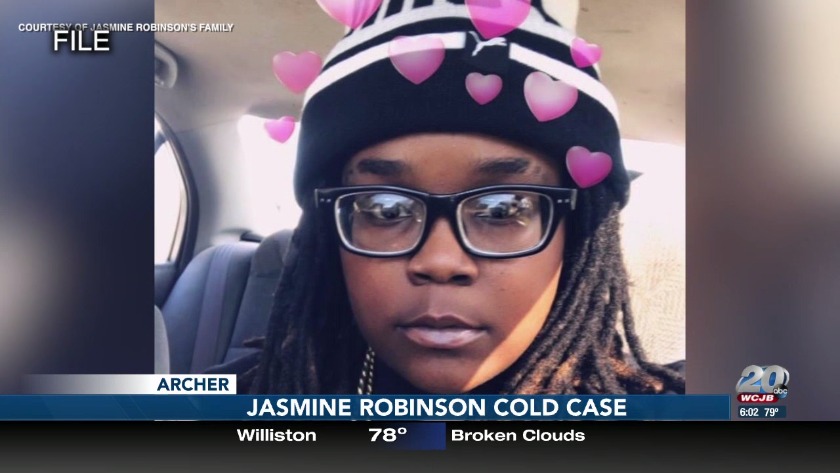 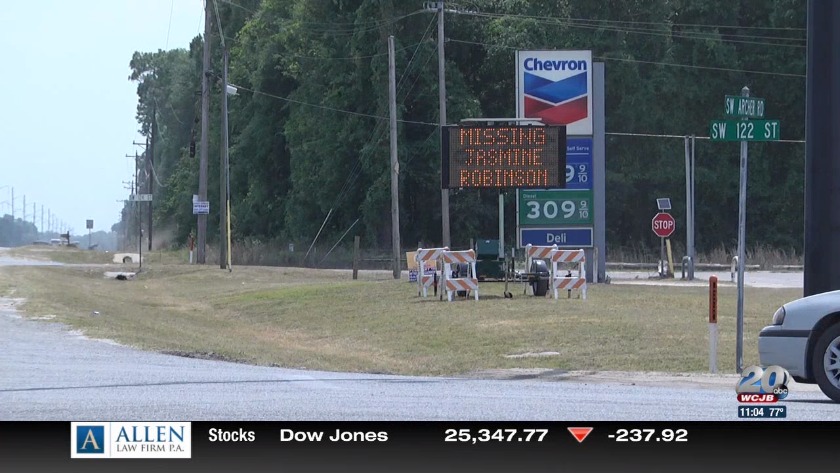 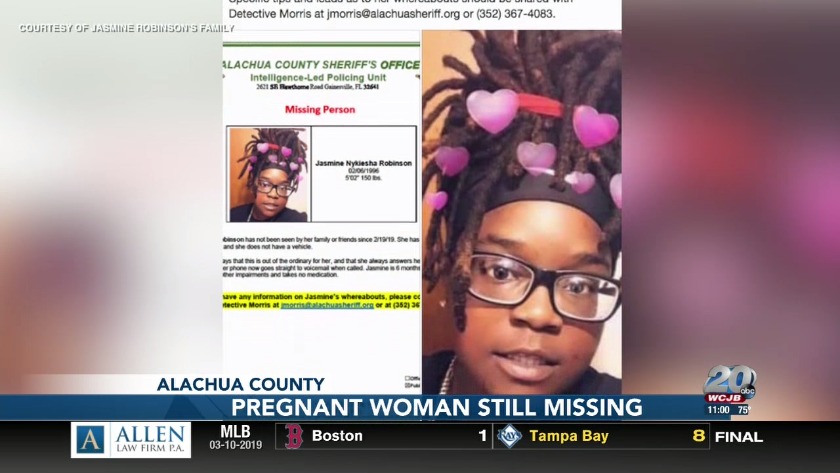 UPDATE: Reward set up for information about missing pregnant woman from Archer 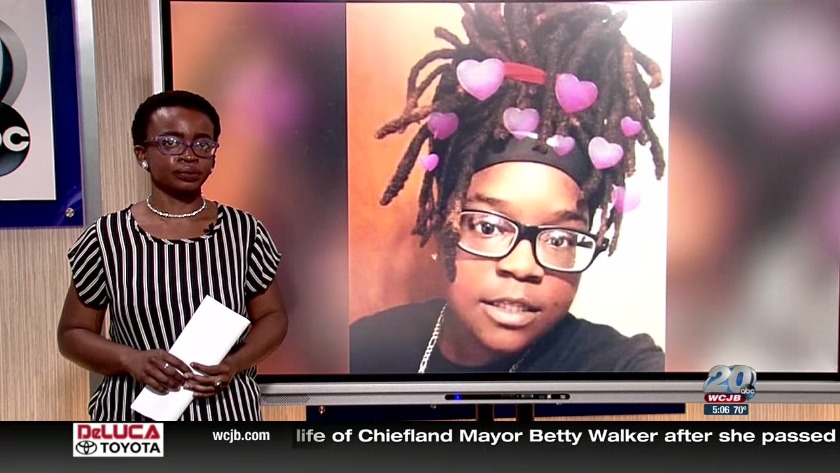 We are approaching one year since the disappearance of Jasmine Robinson.

Robinson was 23 years old and pregnant at the time she was reported missing.

She was last seen on February 18th, 2019, but not reported missing until the 19th, which police say has made the investigation challenging.

Art Forgey from ASO, says, “we were almost a day late when it started, so that makes it difficult when we're trying to backtrack and preserve evidence, preserve electronic evidence and start building our case. However, with that being said, it has not slowed detectives down one bit.“

No suspect has been identified in the case.

UPDATE(05/28/19):
It has been more than three months since a missing pregnant woman from Archer was last seen and now Alachua County Sheriff's deputies say they have a new area they are interested in searching for Jasmine Robinson.

"I miss her a lot," said Shantavia Robinson, Jasmine Robinson's sister. "The last time I talked to her was on February 18."

Robinson was 6 to 7 months pregnant when she disappeared. Her sister Shantavia is feeling a mix of emotions as she hopes for her sister to return home.

"We are in a serious situation to where we need answers," she said.

ASO is now identifying an area in Alachua County to search for Jasmine.

"What citizens will see in the days ahead is we're going to have a series of sign boards in the Archer and Newberry area as detectives have been able to identify and area of interest in our on-going search for Jasmine Robinson," Lt. Brett Rhodenizer said.

"I think the more exposure the better," Hunt said. "I think definitely the signs are a big help. It may jog somebody's memory."

This month, Robinson's baby would have been born.

Robinson's sister hoping that someone will come forward with details of what happened to her sister and her niece.

"it shouldn't be nobody that cold-hearted like that to just leave us standing as of where we is now," she said.

ASO said it will not release sources and methods of how they received information for the case because it is an on-going investigation.

"We understand that we all want to know, where is Jasmine, how can we help Jasmine come home, as soon as we can share information that won't compromise that investigation, we will," Rhodenizer said.

But until that day comes, Jasmine's family still wait for her and her baby to return home

"She's a very sweet person," Shantavia said. "She never did anything to anybody. We just want Jasmine home and til this day it's still going to be bring Jasmine home and the baby. Come home Jas and Jamillia. Anybody that know anything, please come forth."
-----------
UPDATE(04/17/19):
The Florida Sheriff's Association Criminal Apprehension Assistance Program and Crime Stoppers with the Alachua County Sheriff's Office are offering for the first time in a local missing person's case, a reward of up to $8,000 for information that leads to the arrest of anyone responsible for the disappearance of 23-year-old Jasmine Robinson from Archer.

“Detectives have and continue to gather significant technical and forensic evidence,” said Lieutenant Brett Rhodenizer, Public Information Officer for the Sheriff’s Office, “but we also know that there is key information that only certain people can provide, and this unique reward opportunity just may encourage them to do the right thing for Jasmine and her child. We know she left her home in Archer with someone, and there is someone who knows who that is.”

According to officials, Jasmine is still considered a “missing person” and the search for her continues to be active, should the investigation reveal that criminal activity kept her from coming home, the reward money is available to help solve the case.

Today marks three weeks since 23-year- old Jasmine Robinson has been missing. Robinson is about seven months pregnant and is considered endangered by the Alachua County sheriff’s office. Detectives say that Robinson was last seen February 19th at home by family members. The next day when they woke up she was not at home.

“Whoever saw her last, we need that information because that would give us the key starting point, where we can then have the assistance of the public, use the specialized resources that are available to the sheriff’s office to get out and begin that very deliberate on the ground search to bring Jasmine home," stated Lt. Brett Rhodenizer, ASO spokesperson

Investigators believe that Robinson left with someone but at this time are not considering her disappearance to be a crime because they don't have any evidence of one.

“Any information that our detectives are developing, and its a very much active investigation, by releasing that information to early it could possibly compromise our ability to rescue jasmine, or make a strong case against whoever is responsible for her not being able to reach out to her family," Lt. Brett Rhodenizer, ASO spokesperson.

Officials are asking for anyone with any details about Robinson's whereabouts or any information that could help their case to contact detectives.

“She's 7 months almost,” Bertha Williams said, who is Robinson’s aunt. “That means anything can happen to her or the baby. She's out there and we don't know where she's at. Being a new mother, she probably doesn’t know what to do either."

Williams shared how Robinson sang in the choir at St. Joseph Baptist Church in Archer and even though Robinson is her niece, Williams looks to her as a sister.

“My mother raised Jasmine since she was a little girl,” Williams said. “She’s my niece but she’s like my sister, too."

Robinson has been living in Archer all of her life and Robinson’s cousin, Chad Williams, said it is odd to not hear from her in so long.
“We were really close,” Williams said. “We always hanged out together. I find it strange that she never messaged me after Sunday. She usually always messaged me someday so I just find it real strange.”

Her cousin hopes she is found soon.

“I love her very much,” Williams said. “I just hope we can find her and that she’s safe."

ASO shared a missing person's flier on Tuesday night but they say they do not consider her "endangered."

“Generally someone one who is endangered, there is something above and beyond the fact that their simply not where they're supposed to be as an adult,” Lt. Brett Rhodneizer said. “Do they have a pre-existing medical condition? Are they medication dependent? Have they made statements or received statements that may indicate that they are personally in peril. It is truly the totality of the circumstances regarding the manner in which she left and the steps that we’ve taken to try and locate her since then as well as any new information we may have received.”

Robinson’s aunt, Bertha Williams, believes that she is endangered.

Rhodenizer further explained how or why someone may go missing.

“We see on a regular basis in all stages of life and in all walks of life, (people) go missing,” Rhodenizer said. “Sometimes that is on their own volition and sometimes it’s because something has happened to them or they’re looking to not be involved in something. So again we’re going to go through a very deliberative process to make sure we are not only protecting this individual’s right to privacy but also ensuring their safety.”

ASO detectives have been trying to retrace Robinson’s steps and asking family members and friends to reach out to them for tips.

Robinson is facing an upcoming court date for a change of plea for charges related to mobile phone theft and credit card fraud, but her family does not think that is a factor in her disappearance.

“I don't think that court date got anything to do with her going missing because Jasmine was paying her money,” Williams said. “She meant that she did some wrong and she was paying for it. Seeing her probation and paying her money for it. I don't think this has anything to do with her being missing. I think we're wasting time trying to pin that to this situation.”

Robinson’s family have been searching across North Central Florida ever since they reported her missing.

“We just want some answers so she can just come home,” Williams said. “And we’re looking for her, too.”

The family searched for Robinson in Archer, Bronson, and Gainesville.

“Just looking anywhere we can go,” Williams said. “We are praying. We have a praying family and we just want her to come home safe.”

Robinson's family is asking for help.

“It's just very heartbreaking,” Williams said. “I just want them to find my niece. I want her to come home and be safe. If anybody out there knows anything, please let us know. We’re still praying, we ain't giving up.”

Specific tips and leads as to Jasmine Robinson's whereabouts can be sent to Detective Morris at jmorris@alachuasheriff.org or (352) 367-4083.