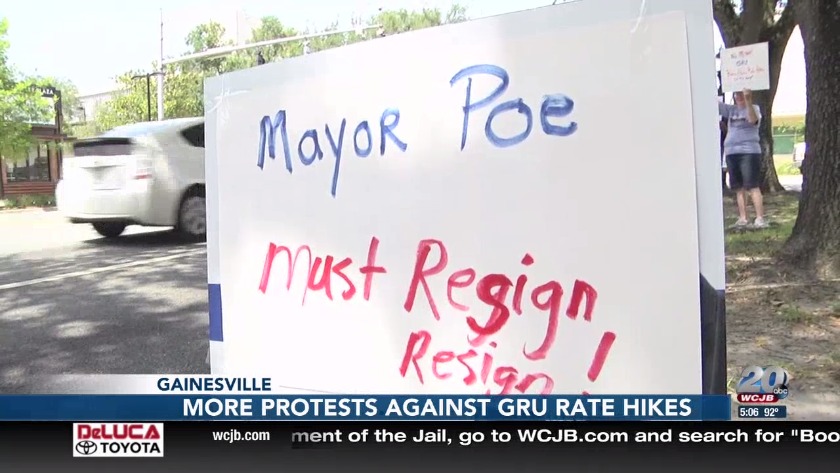 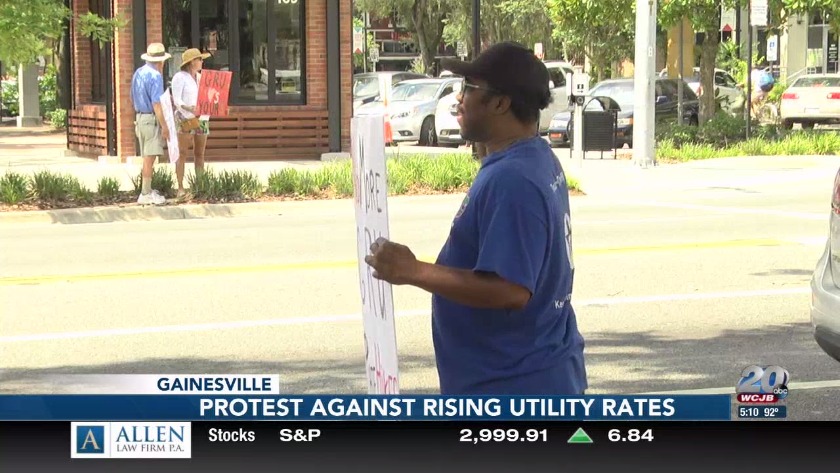 The Gainesville City Commission will meet Thursday night for the second of three votes on potentially raising rates.

In June, city commissioners approved a 6.4 percent rate increase. The vote was in conjunction with the city making up for the budget shortage.

Property taxes and the fire assessment fees were both a part of the increased rates as well.

Protesters say these increases are an added hardship to those who have lower incomes.

"And now many are paying the highest utility bills in the state because of it and it's their fault and there's no need to raise the rate. They don't have to do it all they have to do is cut their budget. No more rate hikes. If they really care about the poor they would lower the rates not raise them," said Gainesville local Debbie Martinez.

Commissioners will come together on July 18 to make the second of three votes for GRU rates.