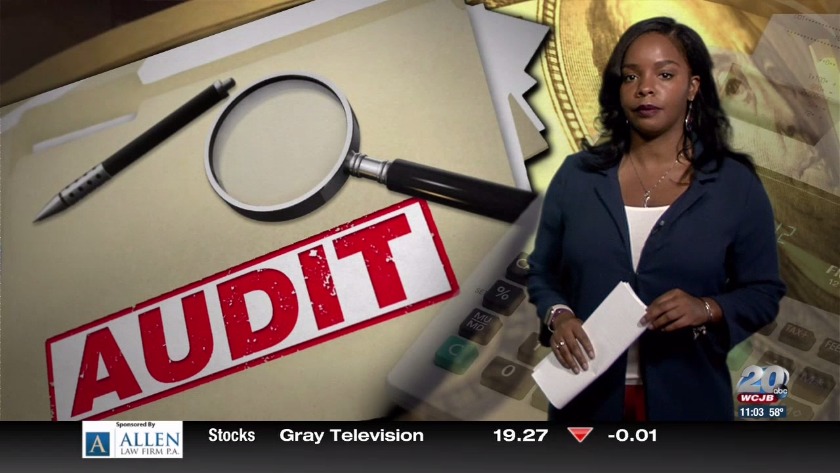 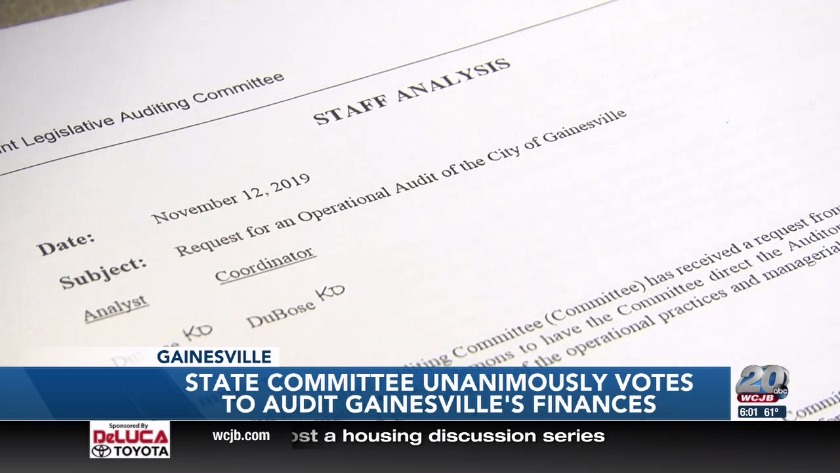 UPDATE: State committee votes to audit the City of Gainesville 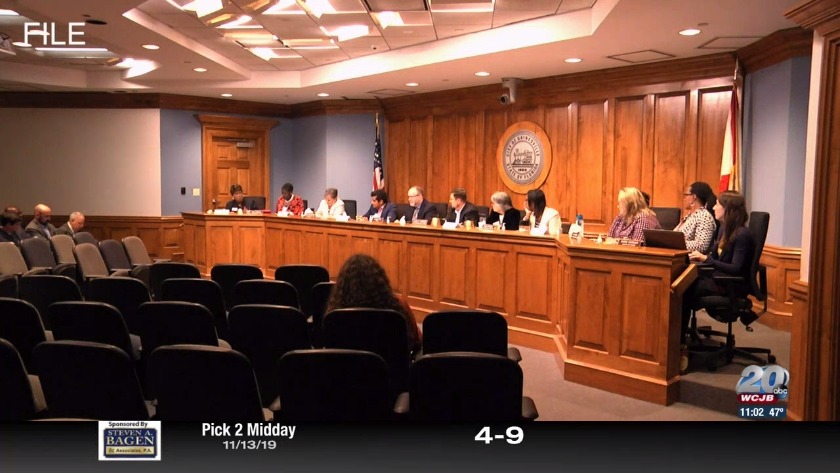 State committee to consider an audit for the City of Gainesville 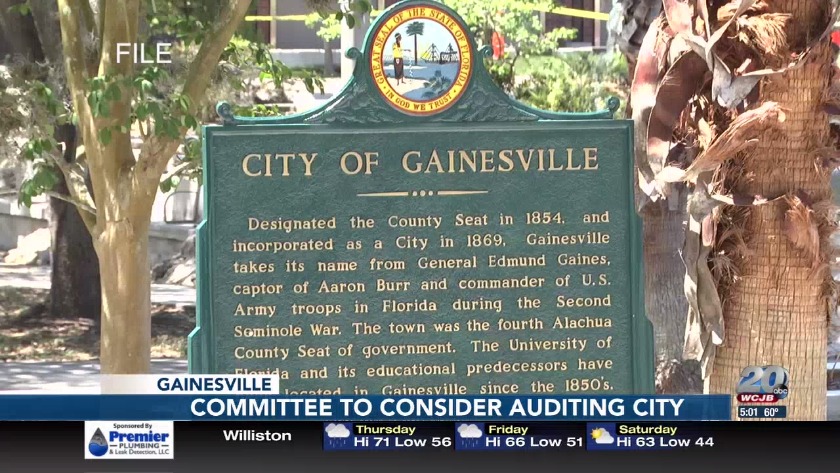 State committee to consider an audit for the city of Gainesville

GAINESVILLE, Fla. (WCJB) - UPDATE: (11/14/19)
Residents of Gainesville concerned with how elected officials have managed the city's finances have prompted state lawmakers to launch an in-depth audit.

And Thursday their request was approved.

"You know it is what it is and if they find some issues regarding our internal controls as any audit would, we'll have a chance to respond, and if its something we need to fix, we'll fix it," said Lee Feldman, Gainesville's newly-hired city manager.

The Joint Legislative Auditing Committee at the State Capitol voted unanimously to send the auditor general's office to Gainesville to do an in-depth inspection of the city's finances. The proposal was approved by the eight present members-- 5 Republicans and 3 Democrats.

Former city auditor, Carlos Holt was at the meeting to support the motion. In June, city commissioners voted to fire Holt without cause.

As city auditor, he discovered examples of poor financial management with city money.

"I found a lot, they minimized findings and things that need to be fixed or often mischaracterized and minimized and then never actually took care of anything," said Holt.

Holt's replacement has yet to be hired.

Both Holt and Clemons spoke at Thursday's meeting.

"This is about public trust and to hold public office and as a member of the Alachua County legislative delegation I support Senator Perry in this quest to receive an affirmative vote and your yes vote today will clear the air in the city of Gainesville," said Clemons.

City Manager Lee Feldman says he was surprised when he learned of Perry's and Clemons's request.

And that he believes the request stems from Holt, who he says is disgruntled.

We're going to be open and cooperative they can come to look at our books, we've got nothing to hide. I think it's a complete waste of resources and time and effort," said Lee Feldman, Gainesville city manager.

For the full staff analysis which includes information to support the request visit the Related Tabs link.

Senator Keith Perry and Representative Chuck Clemons requested an audit in a letter to the state's joint legislative auditing committee last month. In the letter, they asked the auditor general to inspect the operational practices and managerial oversight in the city.

"Maybe there's no issues at all, but, if there are, this brings them to light," Perry said. "How can a mayor and a city commission not want to have this, because you can't make changes, you can't fix things if you don't know where the problem is or if things are broken."

"Most of this came from a lot of citizens who called me, met with me that had concerns, people who are involved a lot more than I am in city government, in city operations," said Perry. "Also Carlos Holt, who is the city auditor who was fired apparently without cause by the city, so no reason was given to letting him go. And we’ve been through four auditors in four months, now looking for a fifth one to come in permanently.”

Wednesday morning, Mayor Lauren Poe issued a statement about the request, saying they will cooperate with any audit, but he feels the request was politically motivated.

“We do audits every year, we’ve had external audits every year. We always try to improve our operations and processes, and our books and our doors are always open," said Poe. "So there’s really nothing that happened to cause this other than one disgruntled employee and what seems like a politically-driven effort to tarnish the reputation of the City of Gainesville."

In Tallahassee, the joint legislative auditing committee will hear arguments for and against the audit from Gainesville residents on Thursday at 1:30 p.m.