UPDATE: Memorial to be held in honor of UF graduate student 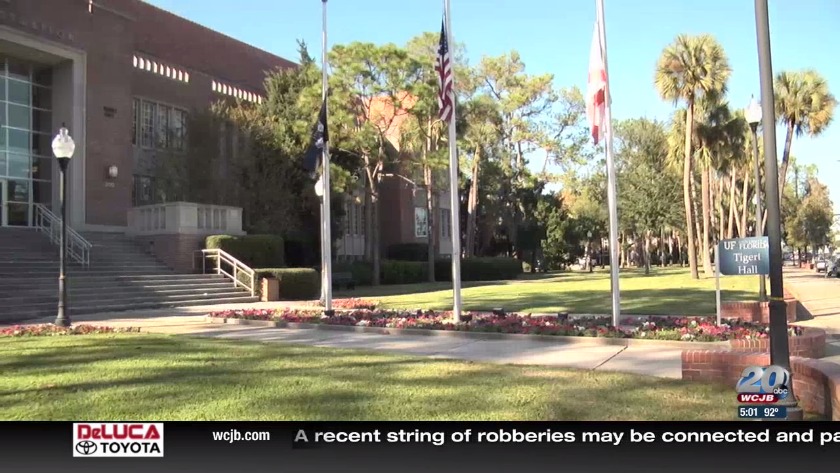 UPDATE: Memorial to be held in honor of UF graduate student

A memorial will be held tomorrow in honor of a UF graduate student whose suicide prompted an investigation by the university.

The memorial for Huixiang Chen will take place Wednesday at the Baughman Center at 2 p.m.

Chen's suicide prompted the union "Graduate Assistants United" to call for a thorough investigation by the university.

Chen was found dead in a building on campus in June.

He left behind a note which was published on the website medium.com that detailed abuse by faculty and administration.

University of Florida President Kent Fuchs has responded to calls for an investigation into the apparent suicide on June 13 of a international graduate student and doctoral candidate, Huixiang Chen.

In an email sent to students, faculty and staff on Wednesday, July 3. President Fuchs says that U.F. is investigating through the Office of Research, including securing an independent investigator to examine the circumstances leading up to Chen's death.

President Fuchs adds that he urges anyone who feels like they need help to reach out to the Counseling and Wellness and U Matter, We Care in the Dean of Students Office by calling (352) 294-2273 or email at umatter@ufl.edu.

He finishes by saying that ta service to celebrate the life of Huixiang Chen is scheduled for 2:00pm, Wednesday, July 10 at the Baughman Center.

This email was paired with a statement from the University's Vice President of Communications and market, Nancy Paton, posted on the university's website. The statement expanded upon President Fuchs email, saying, "We hold our faculty members to the very highest standards of integrity, honesty, ethics and proper conduct toward and treatment of students."

According to Graduate Assistants United, the union which was part of the initial call to further investigate Chen's death, Chen had posted a note online before his death, alleging that Professor Tao Li, who was his supervisor, had been mentally abusive and unreasonable in his expectations for his assistants.

G.A.U. has also responded to President Fuchs and the University's statements, saying, "...this is an important first step to addressing the tragedy. We thank the University for informing the community about their response to the incident and commend president Fuchs for reminding us that we are not alone."

They follow this by saying, however, "...any investigation into the conditions surrounding Chen's passing must not be limited to academic misconduct. UF should fully investigate Chen's allegations of unsafe mental working conditions, as well as the treatment of international graduate employees at the University at large." They add that they are calling for the investigation to be as transparent as possible.

A message was sent to the graduate assistants united facebook page about three weeks ago saying that UF doctoral student and graduate assistant Huixiang Chen was missing and that there were rumors that he might hurt himself. One member says he contacted the university police, and after searching the campus, Chen was found dead from an apparent suicide.

Bobby Mermer, who is a member of the grad student organization, says he made the call and that one of Chen's friend's later discovered a letter they believe was written by Chen ahead of his death.

Mermer says that letter paints a picture of neglected mental health, and one big stressor in Chen's life.

"The word that comes up in every conversation that I have with my information is "bully"; they believe that Tao Li is a bully and that he bullied Mr. Chen, that he was unreasonable with Mr. Chen, and also unreasonable with other research assistants and graduate students," stated Mermer.

Li was Chen's supervisor in his graduate assistantship. Graduate Assistants United is calling for a full investigation into Chen's death, and any role Li may have played in the last days of Chen's life.