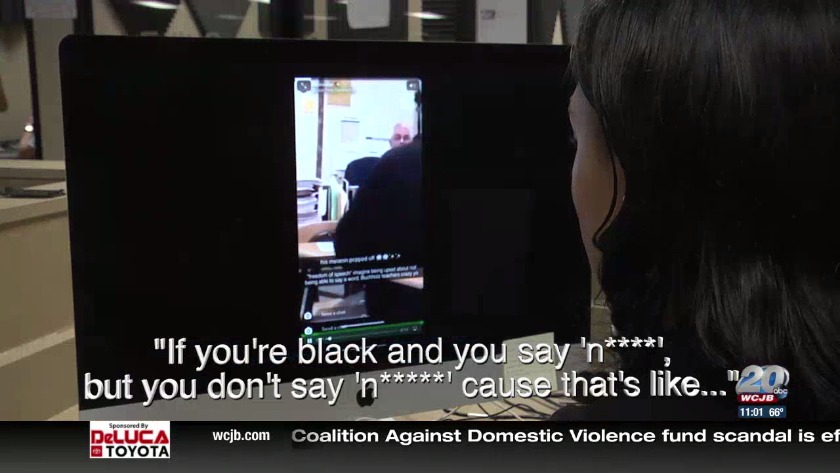 Alachua County School District officials have disciplined the teacher caught on camera saying the N-word to his students.

A video of the teacher saying the word was recorded by a student in a Buchholz High School classroom.

In the video, Buchholz High English teacher Robert Cecil starts an uproar in class after he used the 'N' word not once but twice in front of students.

Cecil goes on to say it's a free country and mentions freedom of speech.

Alachua County NAACP Evelyn Foxx said, "We pay his salary, the citizens of Alachua county pays his salary and he sound like he was very very angry in the video for the short clip I seen. But something needs to be done."

Foxx tells us that Cecil was suspended for only one day and she assumes he's now back in the classroom.

Foxx adds, "It should've been handled in a better way than it was."

TV 20 viewers have started to weigh in on the controversy on our Facebook page. Rick Jefferson says, "So many comments for hearsay. Guilty or not, he has do (due) process before found guilty or innocent."

A number of our viewers still want to know, what was Cecil's context in using the 'N' word.

Alachua County schools will not comment on the matter until their investigation is complete. Foxx says words like that should not be used in the classroom and this incident was like a slap in the face.