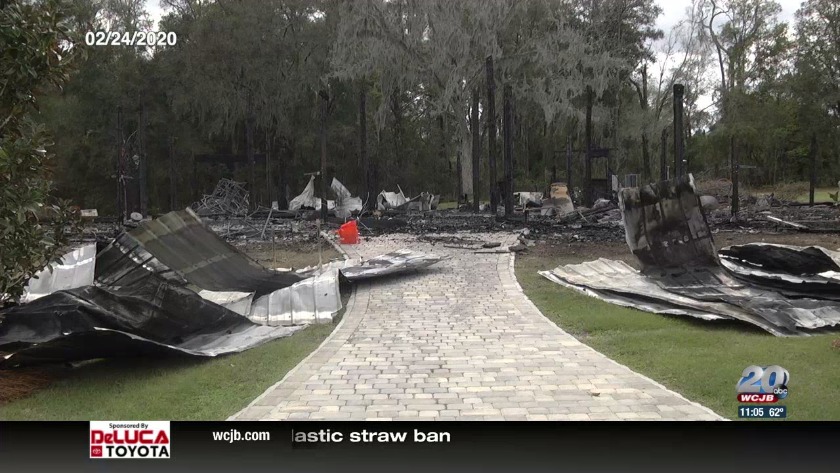 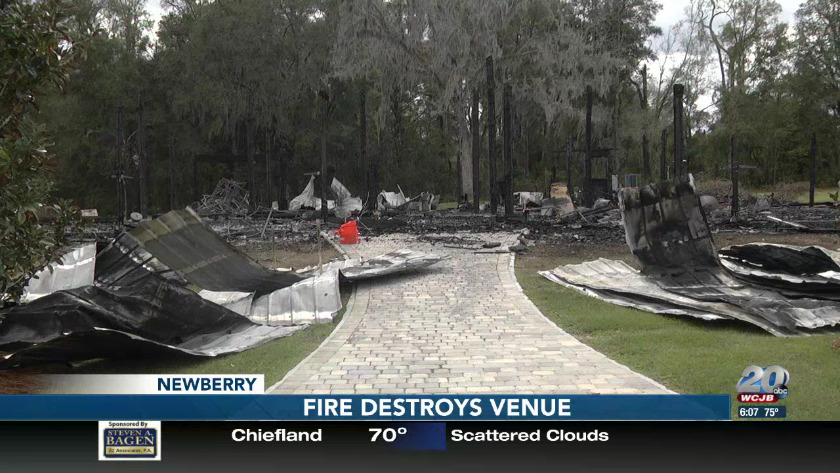 UPDATE (02/25/2020):
Newberry Mayor Jordan Marlowe has launched a GoFundMe page asking for help, noting the Clark family has insurance but not enough to cover everything.

You can find that page under the Related Links tab to the right.

ORIGINAL STORY:
A family in North Central Florida is devastated after their event venue in Newberry went up in flames and was damaged over the weekend.

Now the owners are scrambling to make sure their brides and grooms have a place to get married.

The Clark Plantation was a place where couples have shared their first kiss or their first dance.

“It's touched so many lives and so many great things we've already had here, weddings, fundraisers,” Mark Clark said.

Mark and Denese Clark say they started booking events at the venue in April of 2016 and will never forget the work that was put into the building.

"Rustic barn with a beautiful inside and a beautiful backdrop that you could really make anything from it… from the chandeliers to the lights, to all the friends who came out to help build, this was group effort,” they both said while describing the venue.

The couple does not know where or how the fire started, they just remember their neighbors waking them up in the early morning telling them the venue next to their home was in flames.

The chapel area, bridal cottage, and restrooms nearby were not damaged.

The Clark family has tons of Newberry residents and friends rallying together to help them through a tough time.

"Mark has been getting texts and communication from folks that have offered to take all of their weddings that they have booked, take them and host them in their venue so that the brides and the grooms don't have to have that stress,” Newberry City Manager Mike New said.

The Clarks say they do not know exactly what their next step will be but hope to rebuild it back to a place full of love.

A link to the Clark's GoFundMe page can be found attached to this article.

Alright folks, we all know what Clark Plantation has done for this community. We know they have insurance, but we also know that isn't going to cover the rebuild. Clark Plantation has given to every youth group, church group, and cause in this town for the past four years, and now, they need our help.