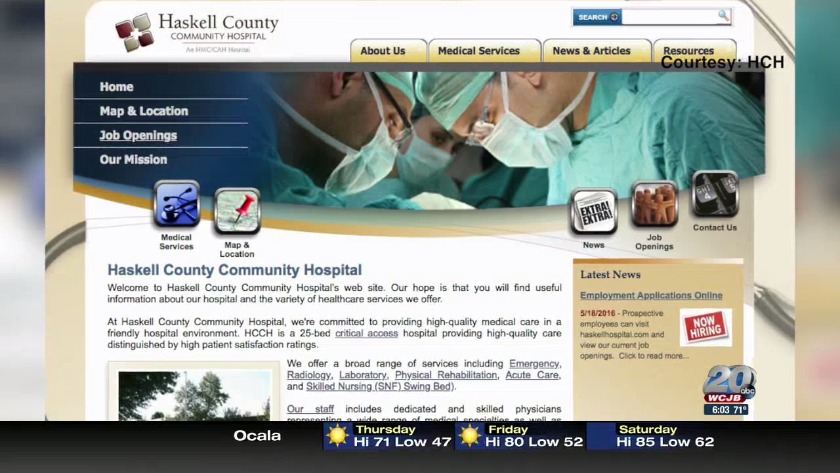 HASKELL COUNTY, Okla. (WCJB)-- Another payday approaches for Regional General Hospital in Williston, yet another of owner Jorge Perez's hospitals is in trouble.

The Stigler News-Sentinel reports today that an injunction has been filed against the operators of the Haskell County Community Hospital in Oklahoma.

In January "I Healthcare" paid Perez a promissory note of $643,000 to operate the hospital in January, according to SEC filings.

Employees have not been paid there for the last two paydays, according to the newspaper. And the Oklahoma Secretary of State lists the company that owns the hospital is "inactive" for being late in filing its annual report.

A hearing is scheduled for next Monday to decide whether the hospital should be placed in the hands of a receiver.